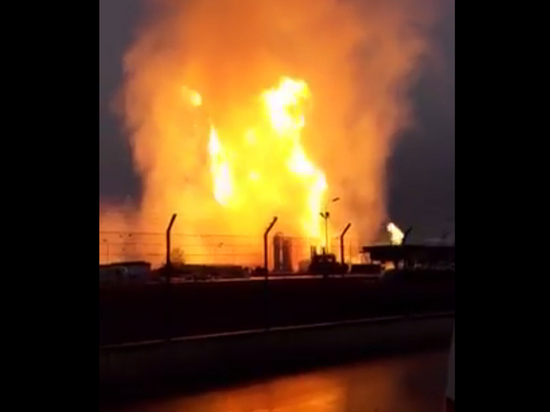 The fire at the largest gas distribution station in the Austrian Baumgarten was completely extinguished. This afternoon there was a powerful explosion, after which one of the terminals caught fire. One employee of the station was killed, 21 injured. Now the work of the gas hub, through which about a third of all supplies of Russian fuel, is stopped. Three European countries remained without gas supply. Italy declared a state of emergency.

Firefighters and experts have nothing but suspicions – a possible technical malfunction. All other versions – only when they are convinced that the fire is extinguished. The explosion was very strong, the detonation was felt over 40 kilometers, and the temperature of the combustion turned out to be so high that six buildings in the station instantly caught fire. 250 firefighters were urgently summoned to Baumgarten. The work of the gas hub was abandoned and evacuated. By evening, the details of the wounded and dead were clarified. There were fears that there would be a lot of victims.

The Central European gas hub in Baumgarten is one of the largest in Europe. Cumulative and distribution station. A third of Russian gas that goes to import, comes here through Norway, then flows in transit to Italy, Slovakia, Slovenia, Croatia, Hungary.

When firefighters check all the buildings – the first thing they will appreciate is the state of the transport infrastructure. If it is not damaged, the supplies will be resumed. Most of all, they were frightened in Italy. There are gas reserves there, but in the local Ministry of Economic Development are preparing for a jump in consumption, this week in the north of the Apennines turned out to be cold.

“As a result of today’s incident at the gas hub in Austria, we have serious problems with gas supplies from Russia,” Carlo Calenda, Italy’s Minister of Economic Development, lamented.

Slovakia and Slovenia report that they keep the situation under control – there is no gas there either, but, like in Italy, there are reserves. But there are no alternatives. The extent to which Europe is vulnerable without other “flows” and projects, the implementation of which Europe itself systematically inhibits, will talk as soon as the supplies are resumed.

The gas market in Austria also exploded. Bidding for gas in the Baumgarten hub for delivery the next day opened at a price of $ 292 per thousand cubic meters. Immediately after the accident, the price jumped one and a half times, then in two – 537 dollars. And it’s hardly a record. Prices are likely to continue to grow until Austria reports on the normalization of the situation.