Extreme flying in a wing suit through a burning ring 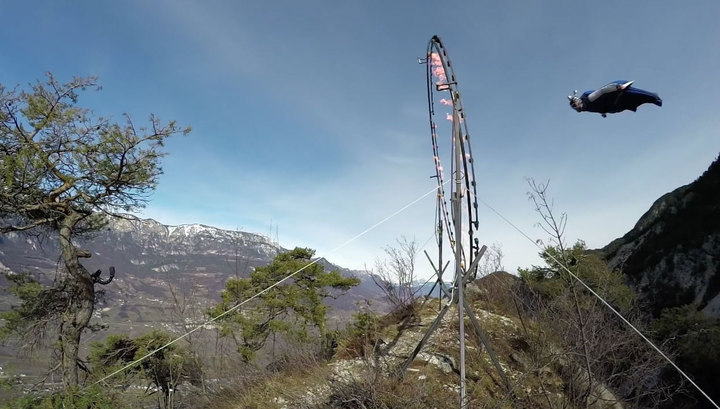 The famous Italian extreme Uli Emanuele has performed a deadly stunt, flying in a wingsuit (wingsuit) through the burning ring, and very narrow. Your vertiginous flight athlete filmed on a GoPro camera.

Published below footage shows the difficult preparation Italian for flight. Because of the strong wind, the athlete was forced several times to change the place to start. The video is slowed down in that moment, when Emanuele flies to the ring. It looks stunning.

However, according to some spectators, a flight of Italian through the ring of fire was not the most dangerous stunt of his career. In 2015 it at great speed fit into a two-meter cleft in the rock.