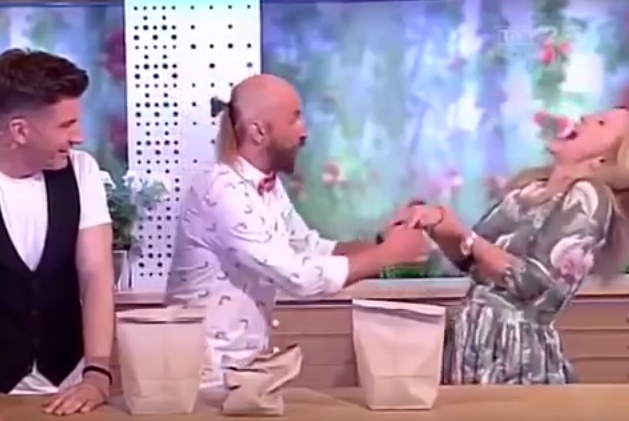 In a live broadcast of the Polish TV channels hapless illusionist the nail pierced hand of the presenter, and then the victim had to seek medical help.

While the performance numbers the magician has established a nail on a stand in one of the opaque paper bags and shuffled them. He then struck one of them by hand, and then offered to do the same thing leading.

The girl hesitated, and the magician decided to help, hit her hand on the next set. As a result, the presenter crouched in pain: the nail (which for some reason has not disappeared as they expected “the magician”) stuck in her hand.

After the incident, leading had to seek medical help. The producers of the program are justified, that before the live broadcast failed the room was carefully rehearsed.