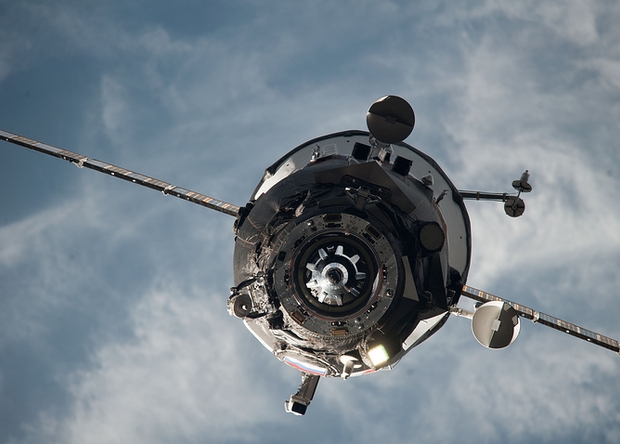 The cargo space ship of the new series “Progress of MS-04” which shall deliver about 2,5 tons of various freights to the ISS crashed. Its fragments fell in Tuva.

Today at 17:52 Moscow time from the 31st launch pad of Baikonur Cosmodrome start of the carrier rocket “Union-at” with the Russian truck “Progress of MS-04” was performed. The ship onboard which were fuel, the compressed gases, water, the scientific equipment, and also containers with food, articles of clothing, medicines and personal hygiene means for crew members shall moor to the International Space Station on December 3.

As report in Roskosmos, flight of the rocket took place “Union-at” regularly to 382 seconds. “After 382 seconds of flight acceptance of telemetric information stopped. Regular control facilities didn’t fix functioning of the ship in a settlement orbit”.

“The emergency situation was resulted by loss of the freighter at the height about 190 km over the remote deserted mountainous territory of the Republic of Tyva, and the majority of fragments burned down in dense beds of the atmosphere”, – add in Roskosmos.

Now state commission carries out the analysis of the developed emergency situation.

Roskosmos hurried to note that loss of “Progress” won’t affect normal functioning of systems of the International Space Station and activity of its crew.

Let’s remind that this accident not the first in the history of the carrier rocket “Union-at”. In 2011 start of the rocket was made according to the similar scenario from which fall of the truck “Progress of M-12M” resulted. Then the commission came to a conclusion that reduction of a petrol consumption in a gas generator because of a contamination of a path of its giving became the reason of emergency switching off of the engine. The revealed production defect recognized accidental.

The source in a space industry reported to RIA Novosti that, most likely, starts of the laid-off “Union-at” carrier rockets will be suspended before completion of work of the emergency commission and clearing of a situation with emergency operation of the engine of the third step.