In Australia, the crocodile dragged into the sea a woman bathing 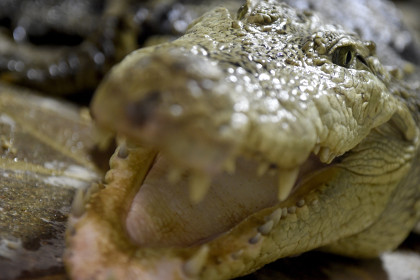 In Australia rescuers are searching for the woman during a night of sailing was taken by a crocodile. The incident occurred in Queensland, in the national Park of Daintree in the North-East of the continent.

The predator attacked a woman late at night decided to take a dip in the sea together with a friend. After a brief resistance reptiles managed to drag its prey under the water. She tried to pull the woman to shore, but her attempts were not crowned with success.

The surviving friend was hospitalized. She was in a state of shock. She has also recorded a cut hand, which she got in a fight with an animal. According to police, attempts to find the missing woman equipped with a thermal imager helicopter were unsuccessful. However, the search continues.