In California trying to save the blue whale 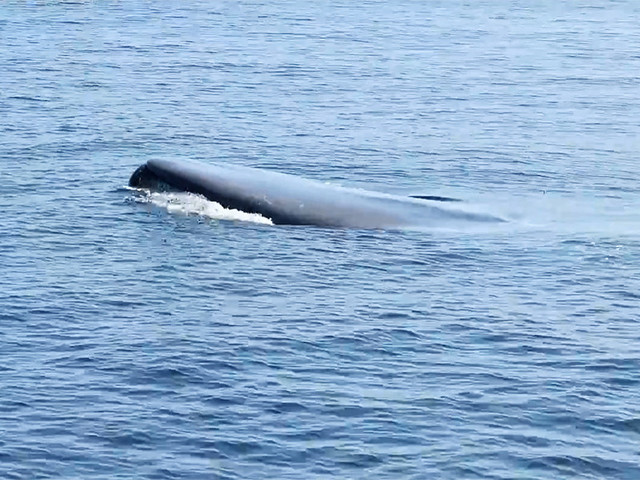 Off the coast of Dana point, California, experts are trying to release the blue whale, entangled in fishing gear. To the scene sent a team of experts at the Federal level. Experts note that the issue of entanglement of whales is becoming more acute every year.

Whale caught in a net for catching crab, noticed on the morning of 27 June, the representatives of the company of Capt. Dave’s Dolphin and Whale Watching Safari, which for 20 years has monitored marine mammals on the coast of Dana point. Judging by the message in Facebook, then employees of the organization launched an operation to rescue the animal.

The observers took video of the attempts of rescuers to free the blue whale. According to their estimates, more than 60 meters of the fishing gear is wrapped around the tail of a marine animal.

In the National oceanic and atmospheric administration (NOAA) believe that the whale was spotted on Sunday, June 26, nearly 50 km from the coastline of San Diego, told NBC the representative of Department Michael Milstein. “He is pulling the same type of tackle,” – said the expert. Milstein noted that spotted off the coast of San Diego whale was 18 to 24 meters in length. The rescue team NOAA went to Dana point to untangle the animal.

Even when the whale was off the coast of San Diego, one of the fishermen reported it to the authorities. But the animal was too far from the shore for rescue operations. As a result, to save the whale tried in the coastal waters of Dana point, where he remained about five km from the coast.

According to Milstein, blue whales are rarely entangled in fishing nets because they do not swim so close to shore in search of food. The current case is the second in the last two years. Last fall a blue whale also ended up in tackle fishermen.

Meanwhile, the lawyer of the Center for biological diversity Kirsten Maunsell believes that the entanglement of whales in fishing nets is becoming an increasingly serious problem for California in the last few years. Although the fishing season of a crab is coming to an end, the data for last year show that the nets remain in the water all summer, and in September they become the most. “We are concerned that the lost tackle exacerbate this problem,” said Maunsell. According to her, the report on the entry of whales in fishing nets on the West coast for the current year apparently will break the record, as in the previous two years.