In Canada, 6 houses destroyed by explosions 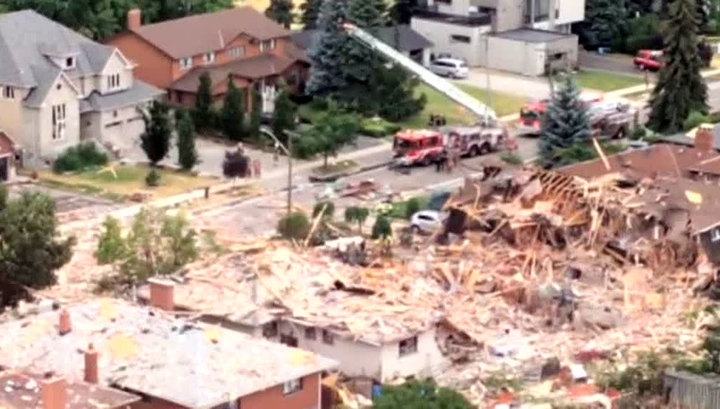 6 houses destroyed or seriously damaged as a result of several explosions in the city MISSISSAUGA which is near Toronto in the canadian province of Ontario. The cause of the explosions could be a gas leak.

Call the police about the incident was received the day before at 16:22 local time (23:22 Moscow time). Police cordoned off the scene, evacuating residents of surrounding houses. According to local residents, the blast only grazed the approximately 25 houses, and fragments of residential buildings scattered for hundreds of meters.

The fire at the scene there. As a result of explosions one person was killed, many people injured. Rescuers dismantle blockages under which there can be survivors.