In Dubai when landing, the plane caught fire Emirates 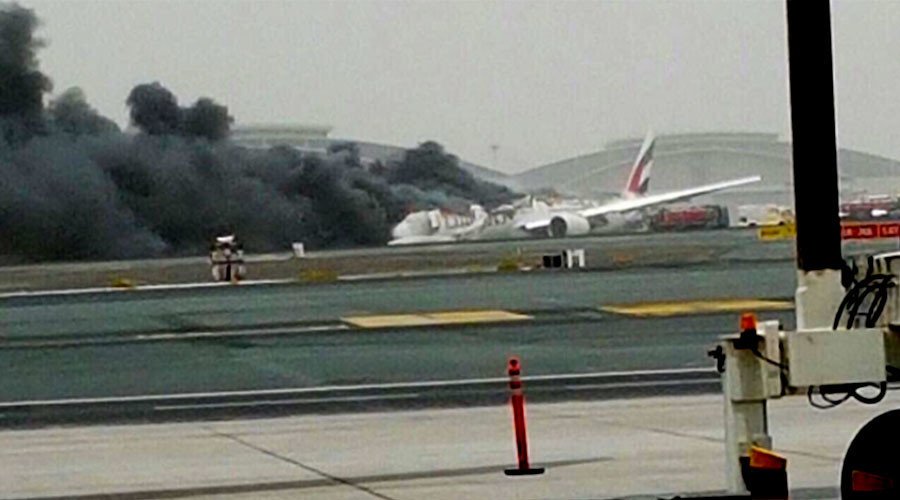 In Dubai international airport during landing, caught fire the aircraft of the airline Emirates. The Boeing 777 airliner was flying from India.

The passengers of flight EK521 travelling from the Indian city of Trivandrum (Thiruvananthapuram, Kerala), were quickly evacuated. Information on victims did not arrive. On Board were nearly 300 people, including 275 passengers. The cause of the fire on Board the aircraft was the unsuccessful landing.

As it became known, because of the incident at Dubai airport canceled all flights, landing boards is prohibited. Emirates airline has confirmed reports of a fire. According to her, the incident occurred at 12:45 local time (11:45 Moscow time).