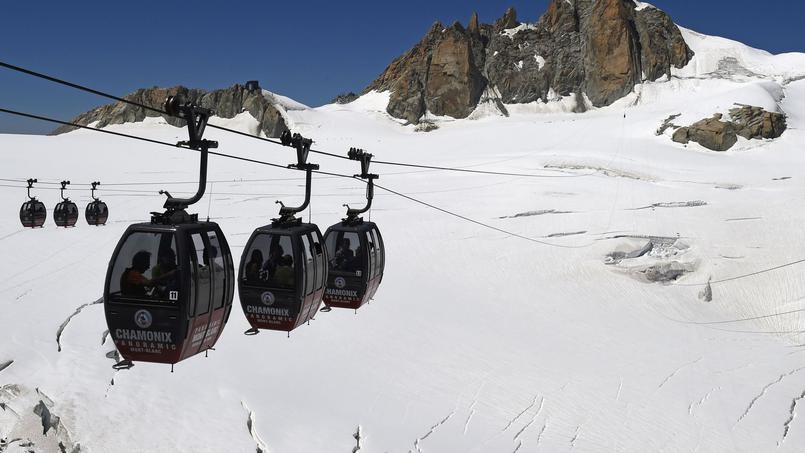 In France, dozens of people will have to spend the night in the cabins of the cable car, stuck between the two peaks in the mountain range of Mont Blanc at an altitude of over 3000 meters. The evacuation was interrupted for the night and hung in the booth are about 60 people.

Initially, the funicular were about 110 people. Due to technical problems they were trapped at a height during travel between the top of the Aiguille du MIDI (3842 m) and the peak of Helbronner (3462 m). In a way, which takes about half an hour, stuck 36 cabins, each with four seats.

French and Italian rescue workers had until nightfall to be evacuated by helicopter about 50 people. Rescuers managed to work about 1.5 hours before dark in extremely difficult conditions. Then, the operation has been aborted for security reasons, so the other 60 people will remain in the cable car until the morning.

The rescuers assured that these people’s lives threatens nothing. The causes of PE are being investigated as a possible background problem employees funicular indicate strong winds on Thursday evening.