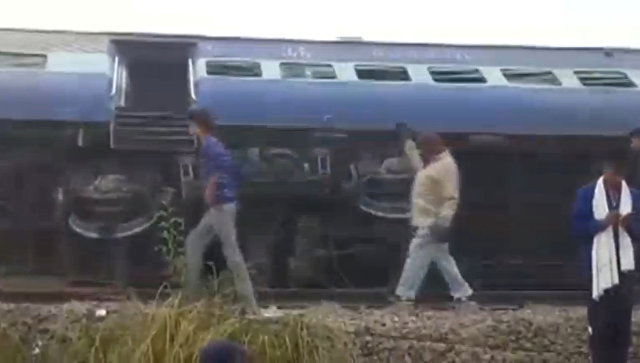 The death toll in case of a descent of cars of the passenger train from rails in the north of India reached 91, France-Presse with reference to police reports.

Earlier also more than 150 victims were reported about 60 dead.

“Unfortunately, the number of the victims increased, and at the moment the death toll constitutes 91” — the statement of the representative of local police Daldzhit Singh of Chaudari (Daljit Singh Chawdhary) gives the agency.

As the manager of consular department of embassy Mikhail Vorobyov, as a result of an incident citizens of the Russian Federation, according to the preliminary information reported RIA Novosti, didn’t suffer.

On Saturday night in the State of Uttar Pradesh the fast train Indore-Patna derailed. The exact cause of the accident isn’t established yet, it is known that 14 cars of structure derailed.