In Japan, a hurricane threw a Russian dry-cargo ship onto a breakwater

Russian ship Real from the Far Eastern port of Zarubino suffered a disaster last night during a typhoon in the port of Fusiki in Toyama Prefecture on the coast of the Sea of ​​Japan, none of the 19 crew members were injured.

According to him, the dry cargo ship was thrown by a strong wind and waves onto a concrete breakwater block, and rescuers because of the typhoon it was impossible to get to the ship in distress. After some time, 18 people from the ship themselves reached the shore, and another person – the chief engineer – was rescued by Coast Guard officers. 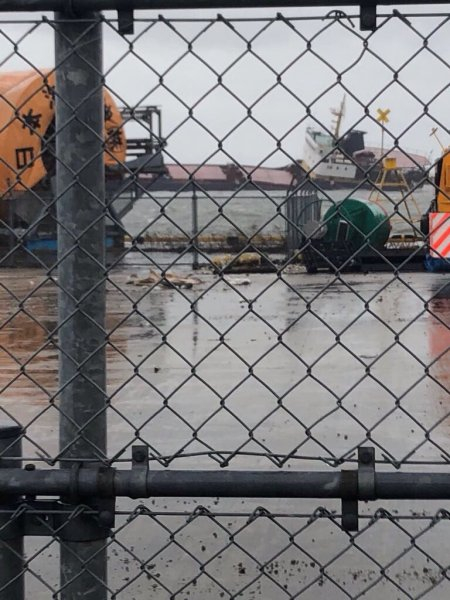 The dry cargo ship with a displacement of 1,798 tons during the typhoon was in the port of Fusiki without cargo, the deputy director of the Coast Guard said.

“All 19 people are now in the office of their agent in the city of Toyama,” he said. According to Taneda, “they did not need medical assistance, only the chief engineer of the ship complained of pain in his leg, but he refused to go to the doctor.

Typhoon Lan fell on the main Japanese island of Honshu the day before and all night raged in Tokyo. According to the combined data of the Japanese media, at least one person was killed, about 90 injured in various parts of Japan. According to the main meteorological office of Japan, the wind speed during the typhoon in some places reached 198 kilometers per hour.