In Mexico stole a container of radioactive materials 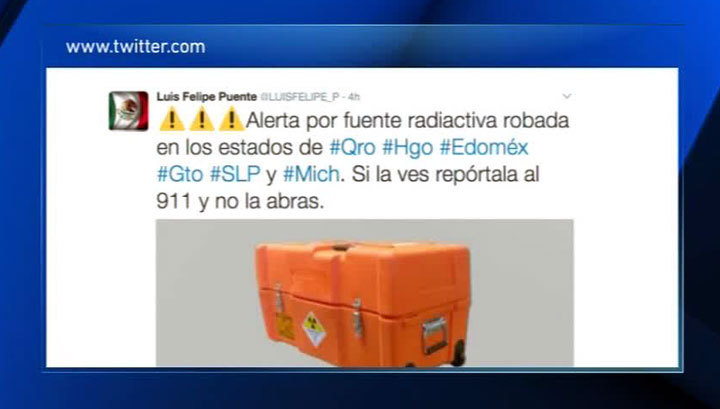 In the Mexican capital Mexico city, as well as in a number of States declared anxiety: the unknown stole a container of radioactive materials. This was announced by the national coordinator of civil protection, Luis Felipe Puente.

Alarm from-for the stolen source of radiation in the States of Queretaro, Hidalgo, Mexico, Guanajuato, San Luis Potosi and Michoacan. If you see it (the container), will notify 911 and do not open it Puente. The total population of the United States, where the alarm was given is 32 million people.