In Mezhdurechensk struck the entrance of a house 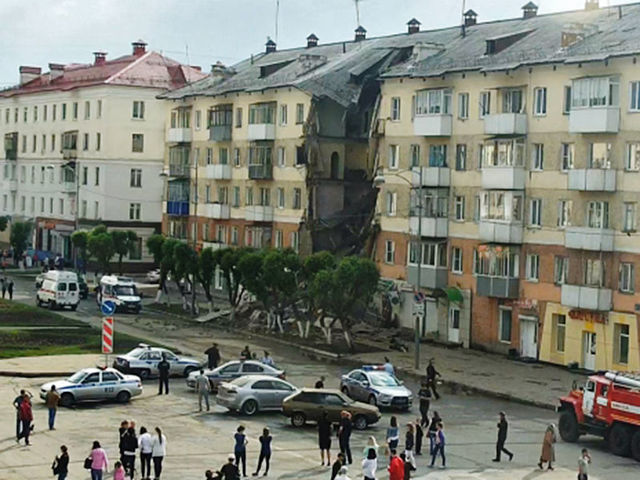 In the city of Mezhdurechensk, which is located in the Kemerovo region collapsed entrance five-storey residential building, reports a press-service of the Siberian regional center of EMERCOM.

The incident occurred outside the Spring house in N16. According to the source Agency in emergency services of the region, there are victims – two people were killed. In addition, two others were injured in the collapse, reports “Interfax”. “From the rubble removed three people: two living, one dead,” said the source. Earlier from under the debris recovered the body of the first victim. Under the rubble may be two more, added the Agency interlocutor.

Source TASS in law enforcement bodies supposed that under blockages there can be more people. “According to preliminary calculations, under blockages can be from one to six people, now this information is specified”, – he said. Only the entrance was destroyed 16 apartments. “Many residents at this time still not back from work”, – said the Agency interlocutor.

The cause of the tragedy could be a violation of safety regulations during construction work on the first floor of the building. According to radio station “Moscow speaking”, in regional administration have suggested that the incident could have happened due to safety violations during repair store on the ground floor.

The investigative Committee opened a criminal case on the fact of the collapse of the under part 1 of article 216 of the criminal code “Violation of safety rules during mining, construction or other work, if it entailed by negligence the infliction of grave harm to human health or large damage.”

One of the witnesses told the portal “everything about Everything” that the staircase has collapsed at a local shop. “The building collapsed onto the store “Maria-RA”. It is not excluded that there are victims in this crash,” he said.

Investigators have already started questioning the two builders, which conducted repair work in the affected apartment building. In a press-service of regional investigatory management SKR has told “to Interfax”: “the Investigators questioned the builders in the framework of the criminal case”.

On the website of the Investigative Committee for the Kemerovo region said that the builders were detained. Investigators will check whether there were lawful bases for carrying out of construction works.

Currently the rubble is attracted 175 rescuers and 39 units of equipment. MOE increases group in Mezhdurechensk. “Ready to fly operational group of the Siberian regional centre under the guidance of the head of a group of rescuers in number of 60 people,” – said in the service.