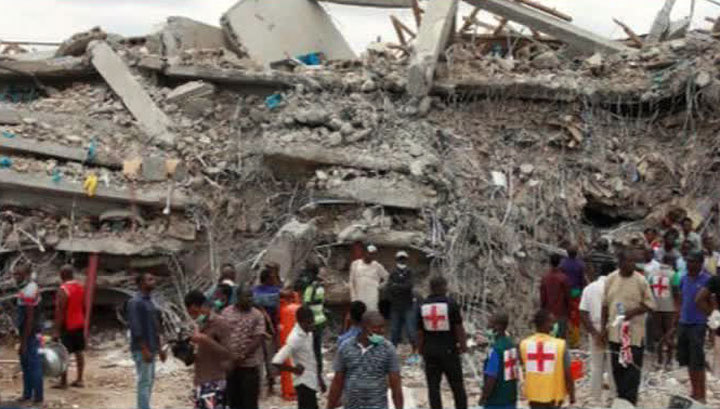 In Nigeria during the religious ceremony the church has collapsed. As a result of the tragedy not less than 60 people have died, however, кк local mass media report, the number of the victims can grow up to 200.

At the time of a collapse in the building there were hundreds of people. At first metal beams have fallen to parishioners, and the iron roof has fallen off later. An incident has occurred in the south of the country, in the city of Uyo (the state Akwa-Ibom).

The fact that the church was unfinished could cause the incident, builders hurried to finish works before holding the ceremony planned for December 11. Rescuers continue to rake blockages