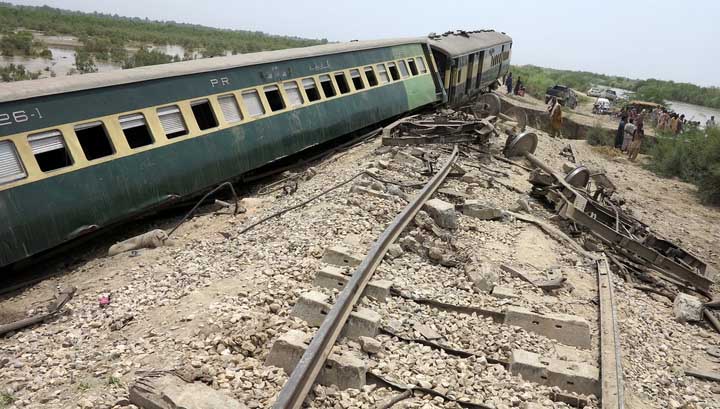 The incident occurred in Multan, the route from Peshawar to Karachi. A passenger train collided with another composition, which according to the schedule, was not supposed to be on train tracks.

As a result of accident six people died, 100 were injured, four cars of a passenger Express train derailed.

At the moment rescuers pull the train all the people who were trapped in the emergency. They are sent to the nearest hospital. The causes of the accident are being investigated.