In the Bermuda Triangle area, a light aircraft 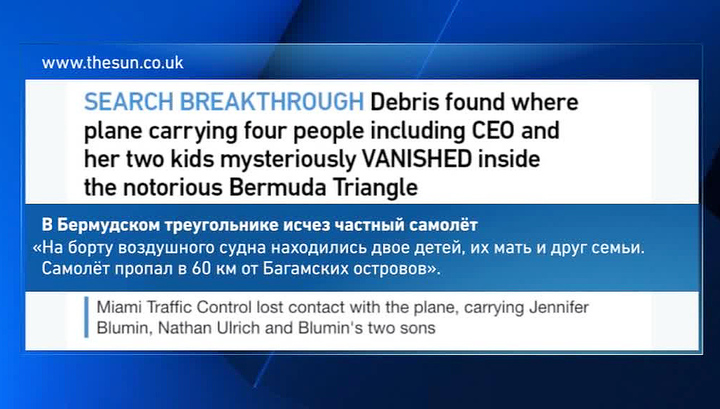 A small MU-2B plane disappeared from the radar screens on its way from Puerto Rico to Florida. At the helm of the plane was the general director of Skylight Group, Jennifer Blooming, her children of ten and four, and also the friend of the family Nathan Ulrich.

After receiving an alarm signal, a search and rescue aircraft flew to the area of ​​the alleged catastrophe, as well as boats from the US customs and border services and the Royal Bahamian Defense Forces aircraft.

Employees of the US Coast Guard have already found in the search area the wreckage of the missing aircraft, next to which on the surface of the water were traces of fuel.