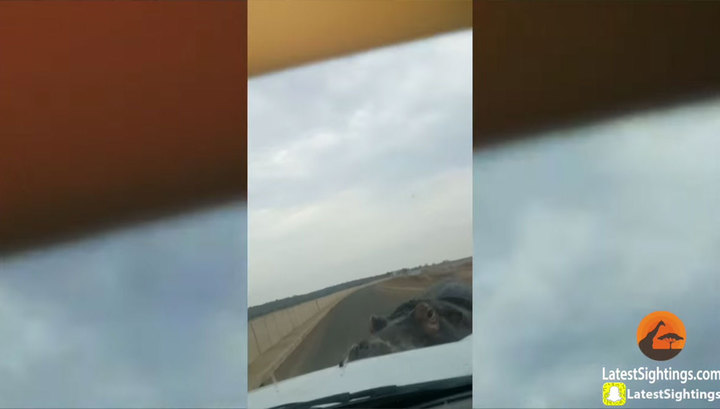 The wild hippopotamus attacked the 26-year-old driver Vikus Seroni when that came back on the SUV from Mozambique to the Republic of South Africa. The young man passed across the territory of national park Kruger and thought that local hippopotamuses got used to cars. Unfortunately, Seroni was mistaken, UPI reports.

On the shots published below it is imprinted as the hippopotamus who noticed Vikus’s SUV begins to attack the car trying to pass by.

“Having seen that the hippopotamus goes to me and isn’t going to turn, I prepared for crash. The animal strongly butted the car then it left” — the citizen of the Republic of South Africa told, having added that on a cowl of its car there were traces of cogs of a four-footed aggressor.

The young man didn’t suffer and considers that he was strongly lucky – he went on a break edge where the hippopotamus quite could push off the SUV at desire.