In the US, 30 scientists received radiation irradiation 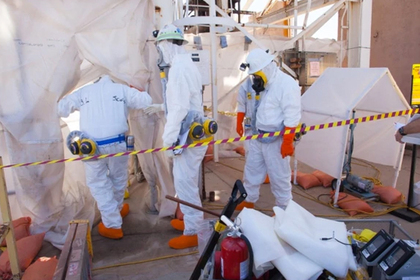 The American non-profit organization Center for Integrity in Society concluded that during the experiments at the Nevada test site in the Nye district, more than 30 nuclear scientists and technical staff were radioactive. Investigations of this and other incidents are presented on the organization’s website.

According to the report of the Center for Integrity in Society, during the experiments held in April and May 2014 at the Lady Godiva reactor, the safety precautions were violated, in particular, the signaling preventing the spread of radioactive particles to foreign premises was disconnected.

The system was connected to ventilation and air filters, which connected two rooms, one of which was “Lady Godiva”, and the other – the laboratory staff before and after the experiments.

In the course of measurements conducted in June 2014, an increased content of radioactive particles was found in the corridor of the laboratory. In the room where the reactor was located, the indicators were exceeded by 20 times.

In July 2014, one of the employees who participated in the experiment, a scientist from the Lawrence National Laboratory in Berkeley (California, USA), urine analysis gave a positive result for the effect of enriched uranium.

Subsequent analyzes taken from other participants in the experiment showed that during the work at the Lady Godiva, air with enriched uranium inhaled three more techniques, then it turned out that more than 30 people were affected. In total, 97 employees and scientists were involved in the reactor experiments.

“Government scientists did not know that they inhaled radioactive uranium during the experiment. In fact, most of them learned about the impact in a few months “, – reports Scientific American.

The head of the US National Nuclear Security Administration Frank Klotz suggested that the radiation dose received by the staff is insignificant and roughly equivalent to the effect of 13 radiographs of the chest. Experts disagree with him, since the source of radiation damage was uranium, which can produce radiation for several years after ingestion (especially spreading in the circulatory system) and such images seriously increase the risk of developing cancer.

The investigation of the Center for Integrity in Society also reported that contractors responsible for security at nuclear facilities were not actually fined for non-compliance with safety regulations. The organization expresses concern about the fact that employees of nuclear facilities often prefer to keep silent about problems with safety technology, fearing sanctions from the leadership.

Lady Godiva is a pulsed nuclear reactor built in the 1950s at the Los Alamos National Laboratory (New Mexico, USA). The object intended to create neutron and gamma-ray fluxes was transferred to the Nevada test site several years ago.