In the USA, a great white shark attacked a kayak 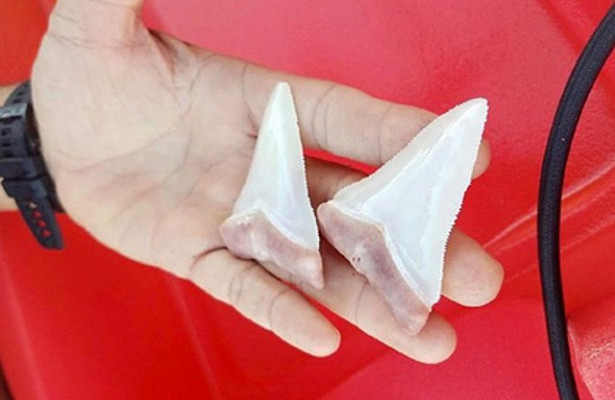 Off the coast of California, not far from the island of Santa Catalina, a large white shark attacked a kayaking scuba diver and lost two teeth as a result of the attack, according to the Los Angeles Times.

Tourists were sailing to the diving site when one of them, San Diego resident Danny McDaniel, felt a ship push something. He decided that his friend was to blame, but soon saw the head of a large white shark biting the back of a kayak.

“I saw her face behind,” he said. “Then I noticed a giant body to the right of the boat.”

John Chambers watched a friend meet a marine predator and shouted to him to hit her on the head. A shark, about six meters long, bit the boat, and then sailed away, losing two teeth.

As a result of the attack, the kayak turned around 180 degrees. McDaniel, who has been diving for over 20 years, said he had never encountered such a big fish.