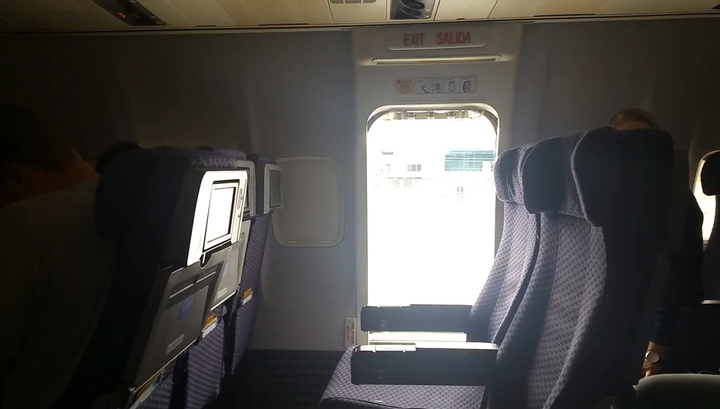 The passenger of the plane of the United Airlines company which arrived from New Orleans to Houston jumped out of the line boat when it performed taxing after landing. The unnamed woman independently opened the hatch of an emergency exit, jumped off on the earth and ran towards the terminal. She was detained, Fox News reports.

Video posted below was shot by one of passengers of the plane. After “escape” of the passenger her neighbors were forced to spend an hour more in salon, expecting when the police officers and rescuers who arrived on a challenge finish the work.

It is known that in case of a jump from inside of the moving plane the woman didn’t suffer. Now it is in lunatic asylum. The authorities of Houston don’t bring to the detainee any charges yet.