In Turkey dogs are “dismantled” the car 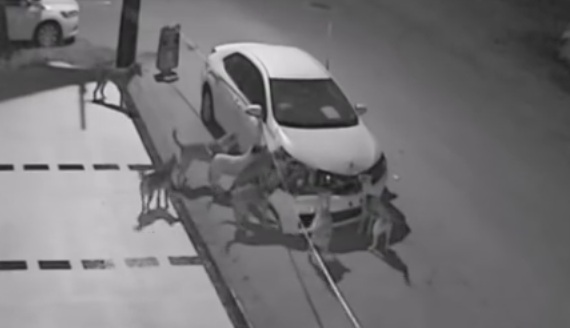 When the Turkish mechanic in the morning came to work, he found parked in the evening the car looks as if night had an accident: bumper torn, hood is dented, the glass shattered. Not doubting that the case involved car thieves, the man called the police.

But then Someone Akar decided to check that it was possible to detect the CCTV cameras. The hapless motorist was in for a surprise. As it turned out, the machine for some reason attracted the attention of stray dogs. First, they are ignorant of the passed, but after a moment gathered around her and began to methodically take it apart, break bumper and jump to the body.

Apparently, four-legged hooligans had intended to get inside. The man suggests that under the hood could someone hide, for example, a cat. However, the records he didn’t notice. The car repair cost Turku is about five thousand lire, equivalent to one hundred thousand rubles.