Keith asked for help from people 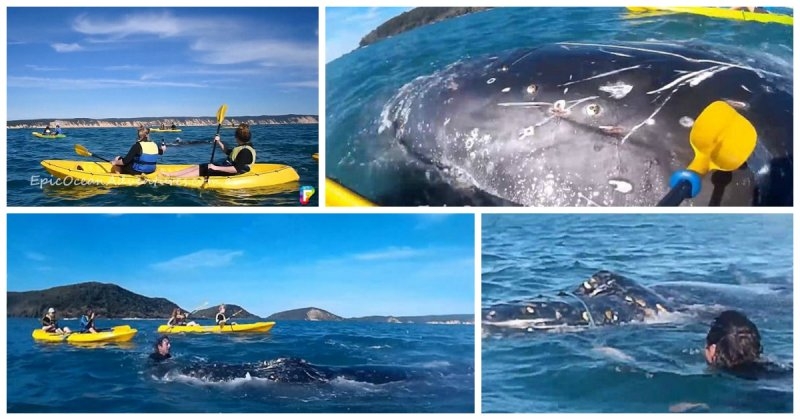 13 July, a group of kayakers saw a huge humpback whale surfaced near them and tried to attract attention to himself. It turned out that he waited until the people will free him from the rope, in which he confused.

This incident happened not far from Rainbow Beach, QLD (Australia).  The whale swam around the kayak 10 minutes, which seemed strange athletes. Upon closer inspection humpback whale was discovered a few scars and wounds on his back.

Seeing the rope, which became entangled whale, one of the kayakers bravely jumped into the water. However Rasputin the rope around the fins, the Saviour saw that the whale swallowed the end of the rope and possibly something else.

In order not to hurt the animal, it was decided to swim to shore to call for help of specialists from the Department of parks and wildlife.