On Sakhalin there was a power cut 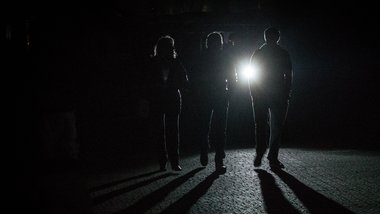 Most of the territory of Sakhalin island on the evening of 24 August was left without electricity. According to the regional Ministry of emergency situations, from-for short circuit in power lines Yuzhno-Sakhalinsk, Kholmsk has been a loss of power in 12 of the 17 districts of the island.

According to the company Sakhalinenergo, around 20:30 local time disconnected transmission line-220 kV substation connecting Yuzhno-Sakhalinsk and Uglezavodsk. Energy I assume that there was a broken wire, but for some reason still can’t install.

Due to the fact that in this period lacked a backup power supply circuit as the second transmission line 220 kV from substation South Sakhalin to Kholmsk was scheduled maintenance to replace the switch, there was a disruption in the supply of electricity to Central and Northern Sakhalin. In the regional center without electricity also remained a remote village, spruce and birch forests, partly planning district meadow, – stated in the message of the company.

In this regard, the energy quickly implement were repairing power lines and plan to fully restore power supply in the island by midnight.