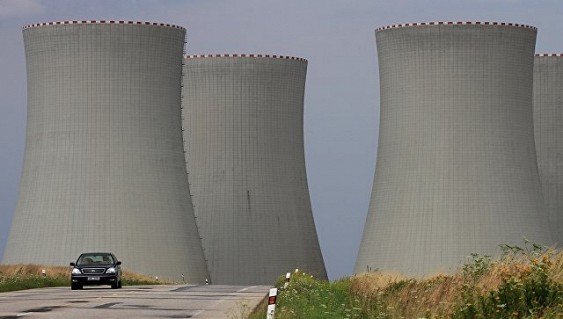 At NPP Dukovany, located in the southeastern part of the Czech Republic on Friday were stopped at the control engineering work of the second unit. It is expected that he will resume March 15, 2017. This was announced by the representative of the station jiří Bezdek.

In this regard, the General supply of electricity from NPP Dukovany was reduced to half of the possible, as from April 22 of this year not working also the third block of the station. It should resume the work on 1 October Bezdek.

The oldest of the two Czech nuclear power plants Dukovany has four units with a total capacity of 2040 MW, they were put into operation with the participation of Soviet specialists in 1985-1987. NPP covers the fifth part of country’s needs in electricity.
Repeating in 2015 stopping power on NPP Dukovany caused by the weld on the mechanisms of the station, because the documentation of the station were found on their low-quality x-rays.

On the second Czech nuclear power plant Temelin, in the South-West of the Republic, does not currently operate both units. According to the representative of the station Marek Svitak on the first block of NPP from 26 August there is a planned replacement fuel. The second block of the station was launched on 7 September after a 95-day interval associated with the replacement of fuel and maintenance, but less than a day due to technical problems it was again stopped.

Thus, the station produces electricity for three weeks, except for a few hours on 50% power on 7 September. At first it was assumed the new run the second unit on 21 September, but now it is postponed to 1 October this year. Consumers in the Czech Republic temporarily get electricity from other sources — said Svitak.

Nuclear power plant Temelin was built by the Soviet project and its commercial operation began in 2002, 17 years after start of construction. The station consists of two power units with VVER-1000 reactors. The total capacity of both units currently stands at 2160 MW in 2015, they have developed 14,23 billion kilowatt-hours of electricity in less than eight months of 2016 of 10.02 billion kilowatt-hours of electricity. NPP temelín produces a fifth of all electricity in the Republic.