Over the nuclear power plant “Fukushima-1” erect a sarcophagus 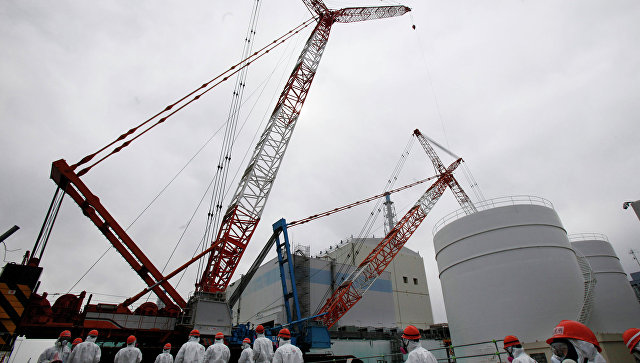 Over the third reactor of the emergency nuclear power plant “Fukushima-1”, the construction of a giant sarcophagus for extracting assemblies with spent nuclear fuel (SNF) was started.

In the pool with spent nuclear fuel there are now 566 assemblies. The operator of the station, TERSO, is tasked with their safe extraction.

For this, a giant dome-sarcophagus 17 meters high will be erected above the third reactor. The sarcophagus will consist of eight prefabricated units, each weighing 37 tons. The company plans to begin extracting assemblies during the 2018 fiscal year (April 1, 2018 – March 31, 2019).

Similar work should be carried out at the first and second reactors, where 392 and 615 assemblies with spent nuclear fuel are stored, respectively.

In 2014, the company extracted the SNF assemblies from the pool of the fourth reactor, they were moved to a nearby safe storage pool.
The accident at the Fukushima-1 nuclear power plant in March 2011 was recognized as the biggest one in 25 years after the Chernobyl disaster.

After an earthquake with a magnitude of 9.0 a giant wave of 15 meters high flooded the power units of the station, caused the disconnection of their power supply, which led to the shutdown of the reactor cooling system. At the first, second and third reactors, nuclear fuel melted and accumulated at the bottom of the containment.

At the first, third and fourth power units, explosions of hydrogen formed damaged or completely destroyed the roofs. This resulted in radiation leaks and contamination of a vast area around the station.