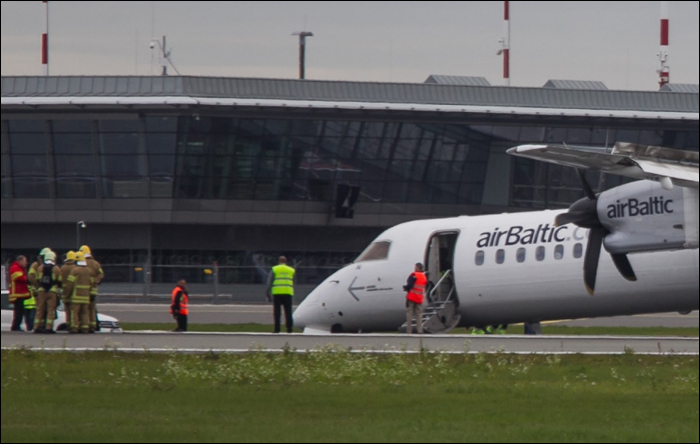 At the airport of the Latvian capital Riga has made emergency landing the plane with passengers, which after takeoff jammed front landing gear. Landing a belly landing was successful, none of those on Board, 67 people were not injured.

The incident occurred with the flight of the company Air Baltic, bound from Riga to Zurich. Shortly after takeoff the crew of the Bombardier Q400 NextGen stated the problem with the nose gear.

Based on this information, it was decided to go back and conduct a landing in conditions of increased security measures.

The plane was put on the belly. Among the passengers was a pilot of Boeing, which has provided all possible assistance in the evacuation of passengers. Onboard were 4 crew members and 63 passengers, including a baby and two children.

After landing the airport for some time was closed, including examination of the runway. On approval of the services, the runway was not damaged.

Representatives of the airline reported that a technical review will be subjected to all Bombardier Q400 NextGen aircraft available to Air Baltic. This is the first time when those planes detected problems with the front of the chassis, noted in a press release.