Russia: An explosion occurred in the metro of the city of St. Petersburg 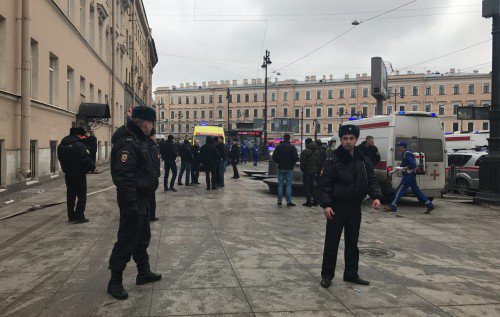 In St. Petersburg today there was an explosion in the subway. At the moment, it is reported that as a result of the explosion, 10 people were killed and more than 20 people were injured. What happened is qualified as an act of terrorism.

Press release of the antiterrorist committee.

“Today around 14:40 an explosion of an unidentified explosive device took place in a train carriage on the runway of the metro stations” Technological Institute “and” Sennaya Ploshchad “in St. Petersburg. As a result, there are dead and wounded. On the instructions of the head of the operational headquarters of the NAC, the forces and assets of the FSB, the Interior Ministry and the Ministry of Emergencies were sent to the scene. Evacuation is carried out, assistance is provided to the injured.

The operational headquarters coordinates the activities of the rapid response services, security agencies and law enforcement forces to prevent possible repeated explosions, the organization of a complex of administrative-regime and operational-search activities. The scene of the incident is examined by the FSB explosives. ”

It is reported that an explosive device was found and rendered harmless at the Ploshchad Vosstaniya station. Apparently the terrorists planned a series of explosions, but they could not do it.

At the site of the explosion, operational groups are working, investigative actions are being carried out to establish the causes of the incident and identify the perpetrators.