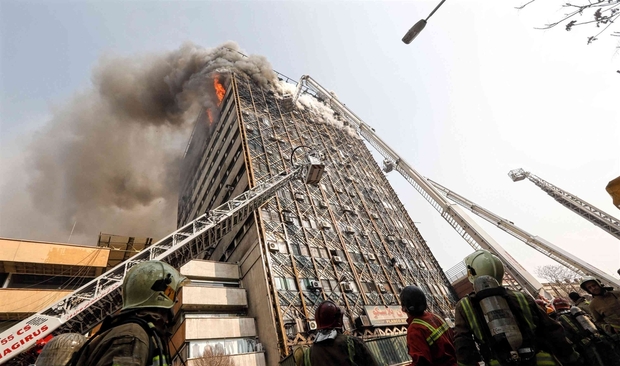 In Iran collapsed to the famous shopping complex Plasco located in the center of Tehran. At the time of the collapse of the buildings were removed many employees, but the inside could be up to a hundred firefighters. At least fifty of them were killed, more than a hundred people were injured. These are the findings of the state news Agency.

The fire started on the ninth floor with great speed went up. From the moment of ignition before the collapse it’s been four hours. The area around Plaska cordoned off, inhabitants of the nearby neighborhoods were evacuated because of fears of possible explosions due to gas leaks.

Semnadtsatiletnego was built in 1962 and was one of the first skyscrapers of the city. There for the most part there were shops and stalls of tailors. The owners have repeatedly received warnings about the fragility of the buildings.

Now at the scene working rescuers are using dogs searching for survivors under the rubble. To the house trying to break the relatives of firefighters who are trying to find their loved ones.