The accident at the launch of the Chinese missile “Changzheng-5” 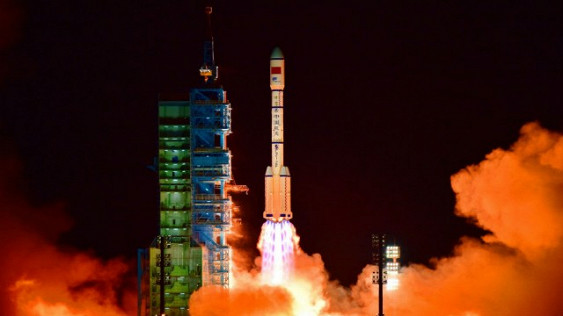 The rocket was launched from the Wenchang cosmodrome (Hainan Province), as planned, on Sunday at 19.23 local time. 40 minutes after the launch, Xinhua News Agency reported that “the launch was declared unsuccessful” because of the anomaly that arose after the start, experts began to analyze and investigate the causes of the incident.

At the moment this is the only information provided to the public. Official representatives of the China National Space Administration (CNSA) did not comment on what happened, and the press conference planned after the launch was canceled.

By now, it is not known at which stage the mission of Changzheng-5 failed. The official website of CNSA also published a message Xinhua, there is no additional information.

For the carrier rockets of the Changzheng-5 series, this is the second launch, the first was held in November last year and was recognized as successful.

“Changzhen-5” is the most powerful carrier rocket of the new generation of China. Its height is 56.97 meters, the diameter of the main stage is five meters. It is capable of bringing 25 tons of cargo to low earth orbit. The project for the development of “Changzheng-5” was approved by the State Council of the PRC in 2006. As fuel for “Changzhen-5” liquid oxygen and liquid hydrogen are used.