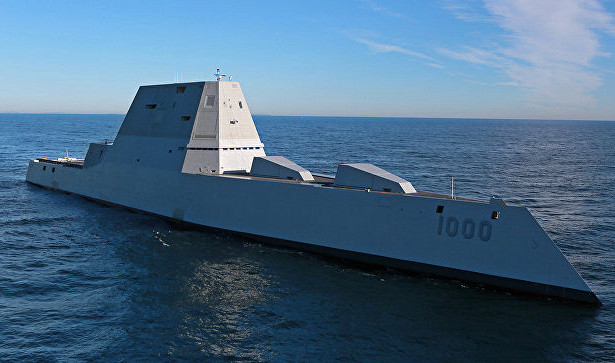 The newest American destroyer USS Zumwalt interrupted the test on December 5th due to a breakdown and returned to the shipyard in Maine. This was stated by representatives of the US Navy.

A day after departure from the shipyard, a high-tech invisible destroyer was denied harmonic filters that protect sensitive electrical equipment from power fluctuations. The ship lost the ability to use a complex electrical network at high loads.

Destroyer USS Zumwalt, launched in the fall of 2016, has already been repaired several times. First it became known about the leak in the power plant of the ship, after a month the heat exchangers came out of the system, after which the ship was towed to the base.

For the US, USS Zumwalt proved to be very expensive to operate. A shot from his unique gun costs the country 800 thousand dollars. The cost of the ship itself is 4.4 billion dollars. According to the media, the US Navy has reduced the plan for purchasing USS Zumwalt class ships from 28 to 3 units.