The crash of the Turkish plane Boeing in Kyrgyzstan 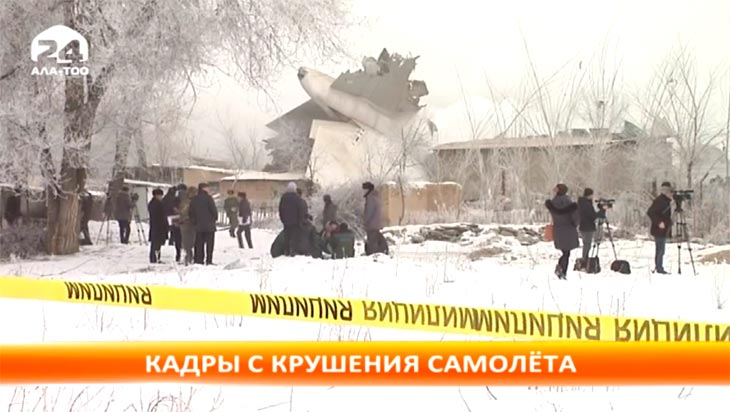 Crashed plane was flying from Hong Kong to Istanbul, refuel at the airport “Manas”. This was announced by the Minister of transport and roads Jamshid Khalilov. According to him, the crashed “Boeing-747” Airlines could not fit into the landing strip of the airport “Manas”.

“Now on a place experts work, set up a headquarters to investigate the causes of the crash. Why he couldn’t fit in — due to a technical failure or weather conditions, we can not say yet”, — said the head of Ministry of transport.

According to preliminary data, the cargo plane flew the runway, the fuselage caught the fence and then fell on the house of the holiday village.

Deputy head of civil aviation Agency of Kyrgyzstan Bakyt djunushaliev, who visited the crash site, “Boeing”, said some details of the incident. He said that at the scene continues the rescue operation, and any versions about the reasons of state of emergency to build yet.

“Boeing came in to land at the rate of 255, that is, from East to West. For some reason, he slipped the strip, will be established only after investigation. One can only assume that the pilot went to the second round. For some reason it did not work, we do not know how to operate the pilot and any decisions”, — said djunushaliev.