The dog hugged the injured master in anticipation of the ambulance 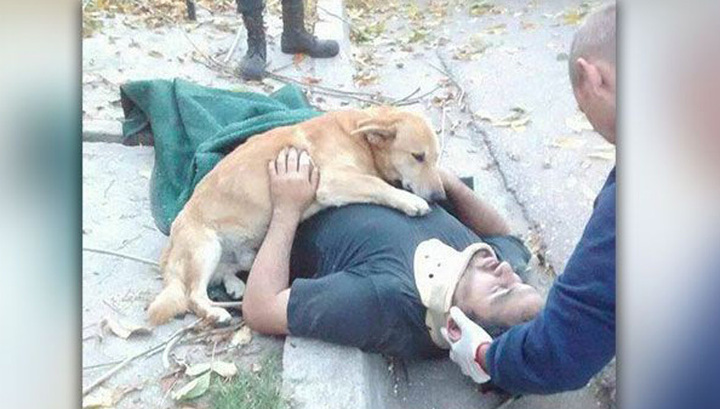 The 28-year-old resident of the Argentine city of Bahia Blanca, Jesús Huze, was engaged in pruning tree branches, when suddenly his insurance was torn, and he fell down from a height of several meters. His dog Tony hugged the man who was lying on the ground and did not leave him until the ambulance arrived.

Touching photos of the dog and its owner flew over the Net. Tony kept his paws on Cheze’s chest until they were loaded into an ambulance.

According to the young man, he picked up a stray dog ​​on the street a few years ago. Since then, Tony has become his best friend.

“I call him son, he does not leave me even at night.” The wife had more than once expelled him from our bed, “the Argentinian said.

“Tony has children of his own, I consider them my grandchildren,” added Khuze.

At the moment the young man is in the hospital, his life is not in danger.