The dog rescued the hosts from attack of the snake 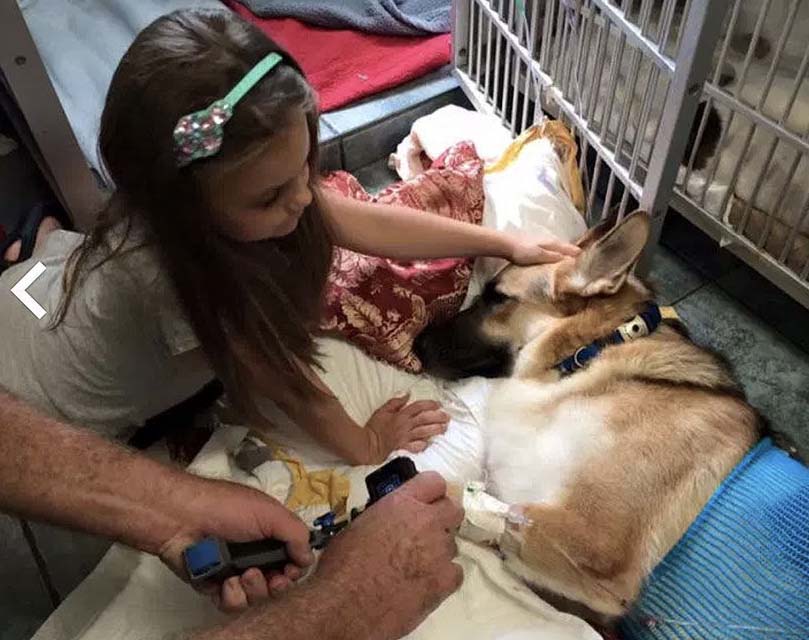 Two year old German shepherd named house became the hero for the family once saved the life of a child and grandmother in the attack of a rattlesnake.

Seven years, and it de Luca was playing near the pool with her grandmother in the backyard. The girl’s mother Donnie was in the house. At some point she heard the baby cry.

— I looked out the window and saw the house made three jumps forward and backward, and, and it stood by and cried, — told the girl’s mother.

Cause of cry of the child was a rattlesnake (Eastern diamondback rattler), cause on the grounds of the house. She attacked the girl and her grandmother. However, the house proved to be a brave dog and took the snake bites itself.

— I ran to the house. He whined loudly and limp. On his paw, I found a bleeding wound and immediately took him to the vet. House was able to escape, but he did not do that. He boldly took the hit to save my mom and daughter. He is a true hero for our family, ” said Donny de Luca.

In the veterinary clinic of Tampa, FL, the doctor found the dog three snake bite. Four-legged friend of the family had to be rescued.