The fragment of the fallen “Progress” was found in Tuva 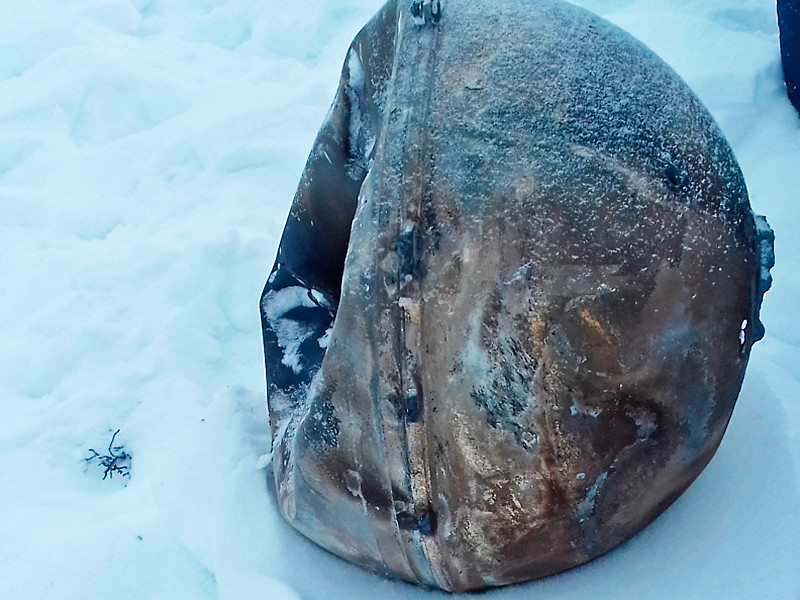 The fragment of the Progress of MS-04 spaceship has been found in the Ulug-Hemsky district of Tuva. With the ship going to the ISS in operating time of the third step communication was gone, the majority of fragments have burned down in the atmosphere.

Now police officers have organized protection of an object before arrival of staff of the commission of Roskosmos. In the Ministry of Emergency Situations have appealed to inhabitants of the republic not to mix possible finds from the place of their detection.

“From the local information that he has found a metal subject of a round form in 15 km from the village of Eylig-Hem in the town of Tos-Tevek has arrived, the task force of fire garrison into place left. They have made inspection of the territory and as a result of the held events on a slope of the mountain have found a fragment of the cargo spaceship – a metal subject in the form of the sphere with a diameter of 90 cm”, – the interlocutor of TASS has told.

Radio engineering anti-aircraft weapons of the Central Military District on December 1 at 17:56 and 17:57 Moscow time have recorded flight of two objects on indicators of the circular review. After the analysis of a trajectory of flight experts have decided that it is almost for certain fragments of the emergency Progress spaceship.

The cargo Progress spaceship started on Thursday at 17:51 across Moscow from Baikonur Cosmodrome by means of the carrier rocket “Union-at” has been lost at the height of 190 km over Tuva. By calculations, the few escaped fragments of the ship could fall in 60-80 km to the west of Kyzyl in the sparsely populated area.

The commission works on interpretation of data of telemetry from the lost ship. So far experts put forward only preliminary versions. The state commission investigating accident inclines to the assumption that, perhaps, the crash has happened because of a progar of the engine of the third missile stage.