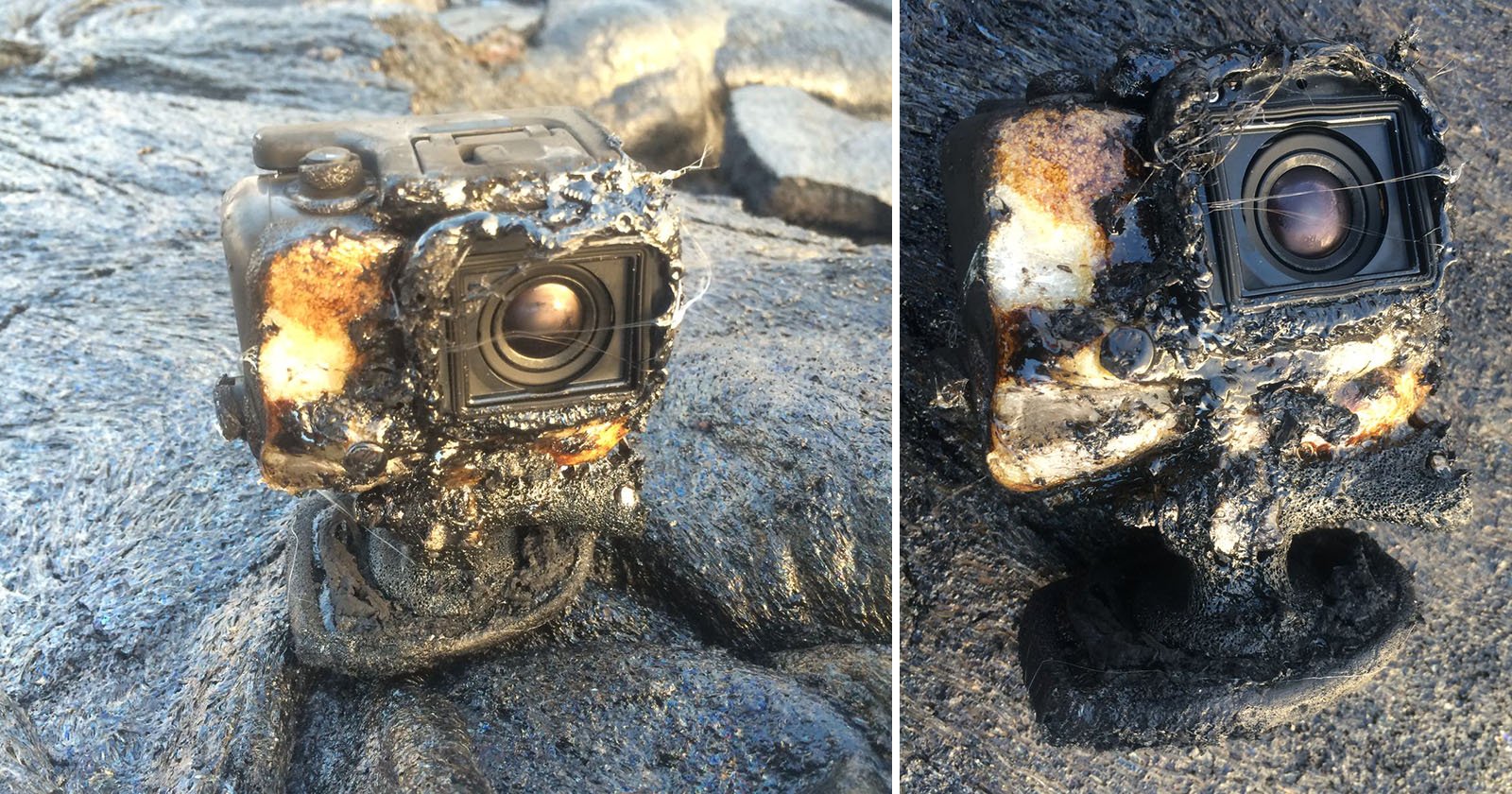 About 16 months ago, Eric Storm installed a GoPro camera to remove lava flows on the Hawaiian Kilauea volcano.

For some time he had to distract himself, and the lava swallowed the device. Already at home, a man was able to remove a stone from his body and, to his surprise, found that the camera is still functional, although the quality of shooting deteriorated. In addition, the SD card with the footage also survived.