The plane rammed a bridge in Shanghai 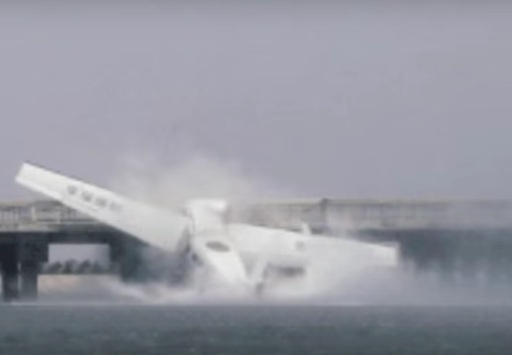 Published videos of the crash of a seaplane Cessna 208B that crashed into a bridge in Shanghai, which killed five people.

According to the local media, on Board were ten people, among which were the reporter and the operator of the Shanghai TV station. Despite the prompt assistance of the rescuers, five passengers of the plane died from his injuries.