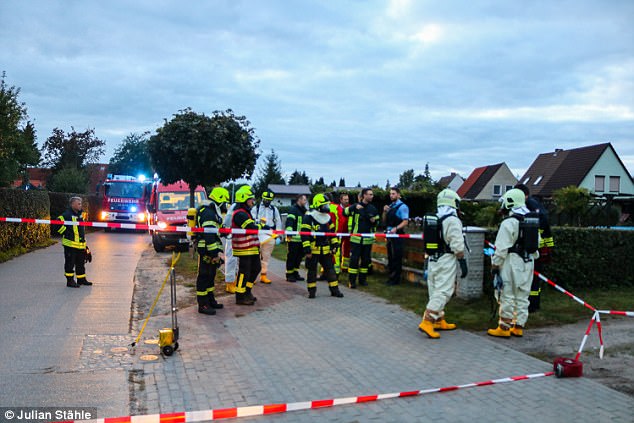 64-year-old Bernd Thalmann discovered a mysterious object in the German city of Oranienburg, which may be related to the secret center of the Third Reich for the development of nuclear weapons.

In December 1938, the German physicists Otto Gan and Fritz Strassmann first made artificial splitting of the uranium atom nucleus in the world, and the following year the German higher military authorities were interested in the principle possibility of creating a new type of highly effective explosive. Professor of Hamburg University Paul Hartek assured that “the country that is the first to be able to practically master the achievements of nuclear physics will gain absolute superiority over others.”

The weapons department of the land forces of fascist Germany instructed scientists to immediately engage in the development of nuclear weapons and in June 1939 the construction of the first reactor assembly near Berlin was organized. In September, the Office of Army Armaments convened a meeting of leading specialists in nuclear physics to consider ways of creating nuclear weapons, at which it was decided to classify all works having any bearing on the program, known as the Uranium Project.

It is known that the meeting participants considered it possible to create nuclear weapons for 9-12 months. The German “Uranium Machine” consisted of two aluminum hemispheres with 572 kilograms of uranium in powder form and 140 kilograms of heavy water. The mass of the reactor, located inside the tank with water, was approaching a ton. In the sphere with the uranium filling, a neutron initiator was placed in the form of an ordinary radium-beryllium primary neutron source.

The scientists sent a message to the weapons department of the Wehrmacht that the reactor is working, but a little later, the Uranium Machine exploded, and did not have time to reach the performance indicators. For various reasons, the “Uranium Project” was never implemented, and in 1943 the US launched the Manhattan Project and managed to overtake the Germans in creating the world’s first nuclear bomb, although Germany actually stood at the source of nuclear weapons. 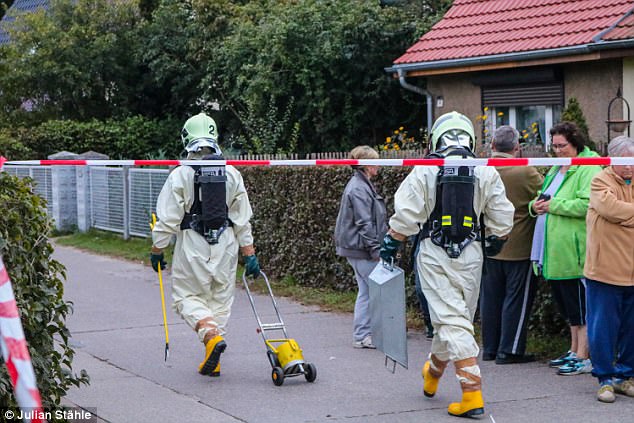 According to some information, the secret research center of the Third Reich for the development of nuclear weapons was in the city of Oranienburg in the north-east of Germany. Now, it seems, this was unexpectedly confirmed. The treasure hunter Bernd Talmann discovered an interesting piece of shiny metal in the vicinity of the city, which made his metal detector produce an extremely unusual sound signal. Thalmann pricked up his ears, but nevertheless he took with him an incomprehensible find and called the police upon coming home.

The police arrived together with special services, who established that a piece of metal possesses powerful radioactive radiation, after which the house of the treasure hunter and 15 neighboring houses were completely evacuated. The item was placed in a lead container, and an amateur archaeologist started a criminal case for the illegal storage of radioactive substances. The treasure hunter refuses to cooperate with the police and does not say where he found a piece of radioactive metal.

At the same time, he does not hide that he was purposefully searching for a secret research center of fascist Germany for the development of nuclear weapons.

I checked the german newpapers. It was false alarm. Confirmed already a few days ago.