The sad facts about life after the apocalypse 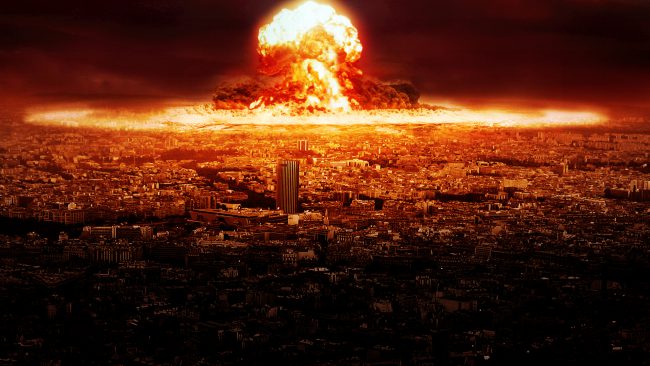 When bombs fall, the face of the planet will change forever. For 50 years, this fear has not left people. It is enough for one person to press the button – and the nuclear apocalypse will break out. Today we are not so much going through. The Soviet Union collapsed, the bipolar world also, the idea of ​​mass destruction turned into a cinematic stamp. However, the threat will never go away forever. Bombs are still waiting until someone presses the button. And new enemies will always be. Scientists must conduct tests and build models to understand what will happen to life after the explosion of this bomb. Some people will survive. But life in the smoldering remains of the destroyed world will change completely.

It will rain black 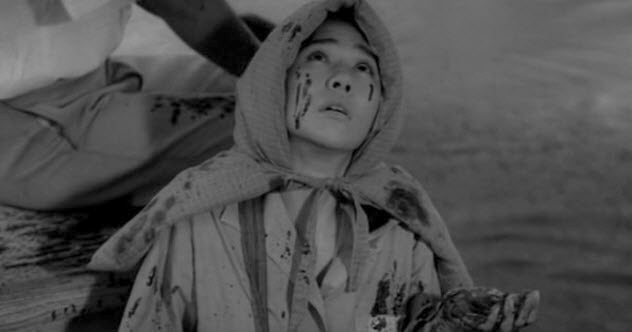 Soon after the atomic bomb explodes, there will be a heavy black downpour. It will not be small droplets, clearing dust and ash. It will be dense black balls, similar to oil, and they can kill you.

In Hiroshima, the black rain went 20 minutes after the bomb exploded. It covered an area of ​​about 20 kilometers around the epicenter, covering the area with a thick liquid that could bathe the unfortunate in radiation, 100 times greater than in the center of the explosion.

The city around the survivors burned and took away their last oxygen. Thirst was unbearable. Trying to fight the fire, desperate people tried to drink even the strange water falling from the sky. But in this liquid there was enough radiation to trigger irreversible changes in the person’s blood. It was strong enough that the effects of rain were manifested to this day in the places where it settled. If another atomic bomb explodes, we have every reason to believe that the same will happen. 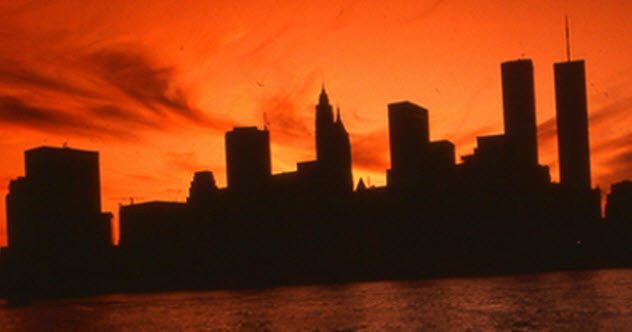 When a nuclear explosion occurs, it can send a pulse of electromagnetic radiation that will chop off electricity and knock out all the networks, turning off the city or the whole country.

In one of the nuclear tests, the impulse sent by the detonation of one atomic bomb was so strong that it knocked out street lights, TVs and telephones in the houses for 1600 kilometers around. This, however, was not planned. Since then, bombs have been developed specifically for this task.

If a bomb that is supposed to send an electromagnetic impulse will explode 400-480 kilometers above the country, for example, the United States, the entire electrical network of the country will be destroyed.

Therefore, when the bomb falls, the light goes out. All refrigerators with food will fail. Data on all computers will not be available. Worse still, the facilities that provide cities with water will stop supplying clean drinking water.

It is believed that the restoration of the country will take six months. But this is provided that people can work on this. But when the bomb falls, they will not be up to it. 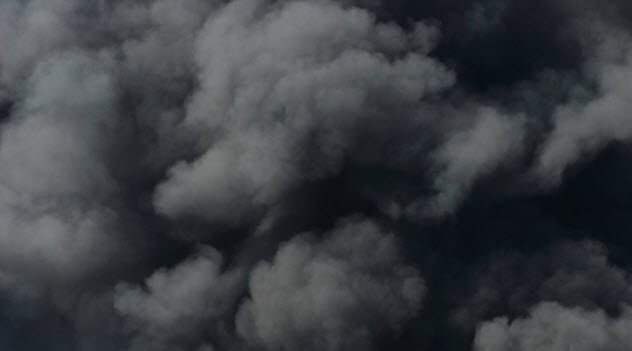 The areas near the epicenters will receive a powerful energy release and will be burned to ashes. Everything that can burn will burn. Buildings, forests, plastics and even asphalt on the roads will burn. Oil refineries – which were planned targets during the Cold War – will explode in flames.

Fires that cover every target of nuclear bombs will send toxic fumes into the atmosphere. A dark cloud of smoke 15 kilometers above the surface of the Earth will grow and move, pushed by the winds, until it covers the entire planet, covering the sun.

In the first years after the nuclear catastrophe, the world will become unrecognizable. The sun will cease to give its light to the planet, and we will see only black clouds that cover the usual light. It’s hard to say for sure how long it will take before they fly away and the sky turns blue again. But during a nuclear catastrophe, you can expect that we will not see the sky for 30 years.

It will be too cold to grow food 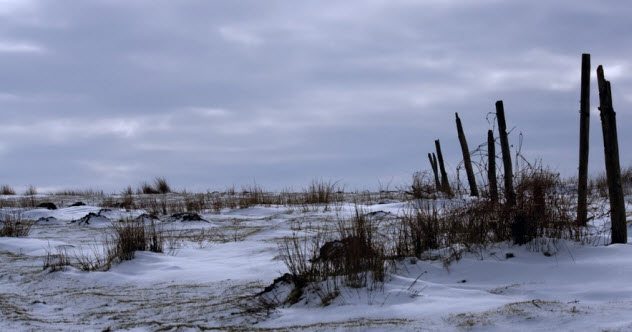 Since there will be no more sun, the temperature will begin to fall. Depending on how many bombs are sent, the changes will be more striking. In some cases, you can expect that the global temperature will drop by 20 degrees Celsius.

If a total nuclear apocalypse awaits us, the first year will be without summer. The weather at which we usually grow crops will become winter or late-autumn. It will be impossible to grow food. Animals around the world will starve, plants wither and die.

But there will not be a new ice age. During the first five years, the deadly frost will greatly interfere with the plants. But then everything will return to normal, and in about 25 years the temperature will return to normal. Life will continue if we can, of course, witness this.

The ozone layer will be broken 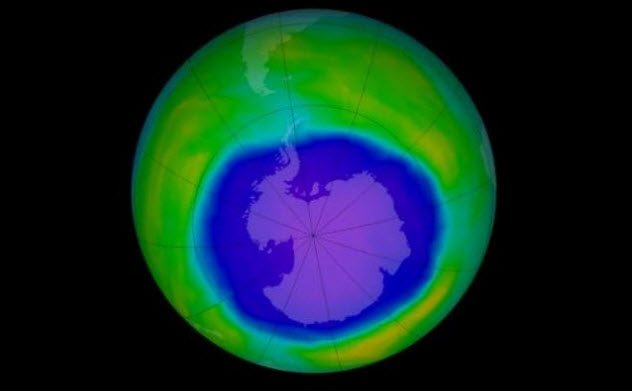 Of course, life will not return to normal soon or completely. A year after the bomb hit, some processes launched by atmospheric pollution will begin to make holes in the ozone layer. It will not be good. Even with a small nuclear war, which uses only 0.03% of the world’s arsenal, we can expect that up to 50% of the ozone layer will be destroyed.

The world will destroy ultraviolet rays. Plants will perish everywhere, and living beings will face mutations in DNA. Even the most enduring cultures will become weaker, less and less capable of reproduction.

Therefore, when the sky clears and the world gets a little warm, growing food will be an incredibly difficult process. When people try to grow food, whole fields will die, and farmers who will stay in the sun long enough to grow a crop will die a painful death from skin cancer.

Billions of people will starve 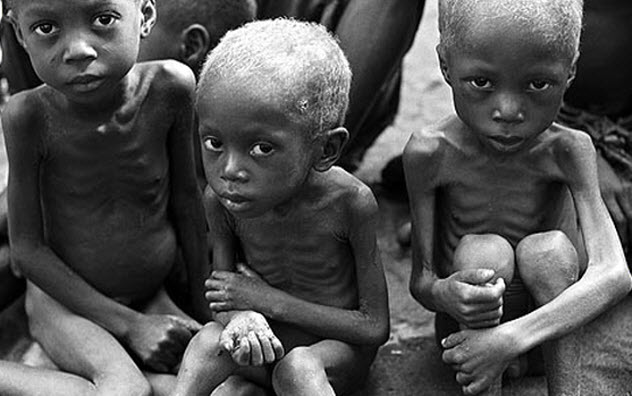 If there is a nuclear apocalypse, it will take at least five years before anyone can grow enough food. At low temperatures, deadly frost and the exhausting flow of ultraviolet radiation from heaven, few crops can survive long enough to be collected. Billions of people will be doomed to starvation.

Survivors will look for ways to grow food, but it will not be easy. People living near the ocean will have better chances, because the seas will cool down slowly. But life in the oceans will also be understated.

The darkness of the blocked sky will kill plankton, a major source of food for the oceans. Radioactive pollution also spills into the water, reducing the amount of life and making it dangerous for anyone who wants to taste it.

Most people who survived the bombardment will not survive the next five years. Food will be small, there is a lot of competition, many will die.

Canned food can be eaten 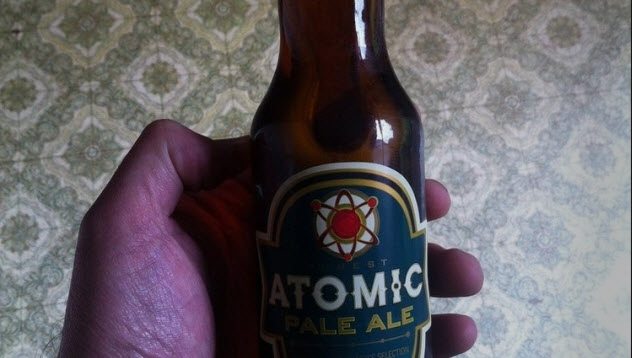 Among the few that people can consume in the first five years will be canned food. Densely packed packages and cans of food can be eaten, and in this we do not deceive the science fiction.

Scientists conducted an experiment in which they placed beer in a jar and soda near a nuclear explosion. Outside, the banks were covered with a thick layer of radiation, so to speak, but everything was in order. The drinks that were very close to the epicenter became highly radioactive, but they could also be drunk. Scientists have tried radioactive beer and produced a completely edible verdict.

Canned food is believed to be as safe as beer in cans. Also, there is reason to believe that water from deep underground wells is also quite suitable. The struggle for survival will certainly grow into a struggle for control of deep-sea wells and reserves of canned food.

Chemical radiation penetrates to the core 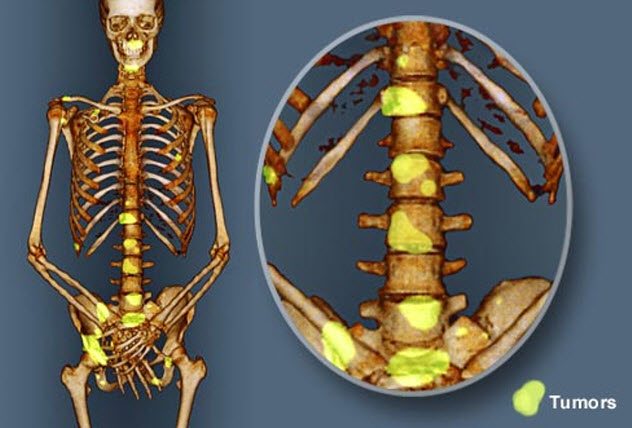 Even with food, the survivors will have to fight the spread of cancer. Soon after the fall of the bombs, the radioactive particles will rise to the sky and then fall to the ground. When they fall, we can not even see them. But they can still kill us.

One of the deadly chemicals is strontium-90, which deceives the body, impersonating calcium when inhaled or ingested. The body sends toxic chemicals directly to the bone marrow and teeth, sacrificing the victim with bone cancer.

Whether we can survive these radioactive particles depends on our luck. It is unclear how many particles will settle. If long, can be lucky.

If two weeks pass before the particles settle, their radioactivity will decrease by a thousand, and we will be able to survive. Yes, the cancer will be wider, life expectancy is shorter, mutations and defects more often, but humanity will not be destroyed exactly.

There will be massive storms 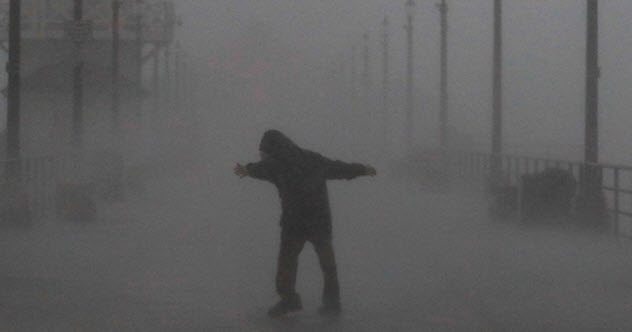 During the first two or three years of frosty darkness, we can expect that the world will be struck by storms, which the light did not see.

Garbage sent to the stratosphere not only closes the sun, but also affects the weather. It will change the process of cloud formation, make them more efficient in the production of rain. Until everything returns to normal, we will observe constant rain and powerful storms.

In the oceans, everything will be even worse. While the temperature on Earth will quickly move into nuclear winter, the oceans will cool down much longer. They will remain warm, therefore on the ocean front massive storms will be played out. Hurricanes and typhoons will wreak havoc on all the coasts in the world, and they will rage for many years. 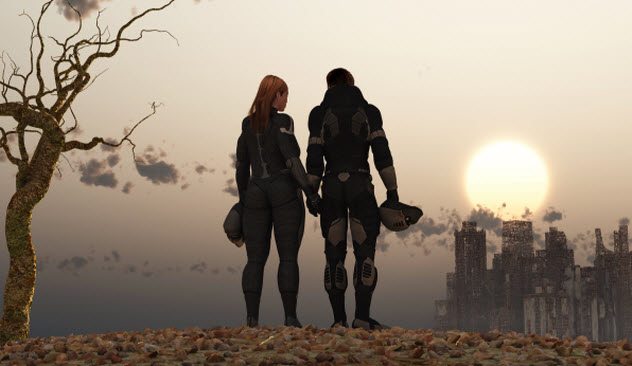 But there are many reasons to believe that humanity will survive. There will be few people, but they will, and that’s already good. In the 1980s, scientists were convinced that in the event of a nuclear war, the entire planet would be destroyed. But today we come to the idea that some of humanity can still go through this war.

After 25-30 years clouds will dissipate, temperatures will return to normal, and life will get a chance to start anew. Plants will grow. Yes, they will not be so splendid. But in a few decades the world will look like modern Chernobyl, in which giant forests have grown.

Life goes on. But the world will never be the same again.