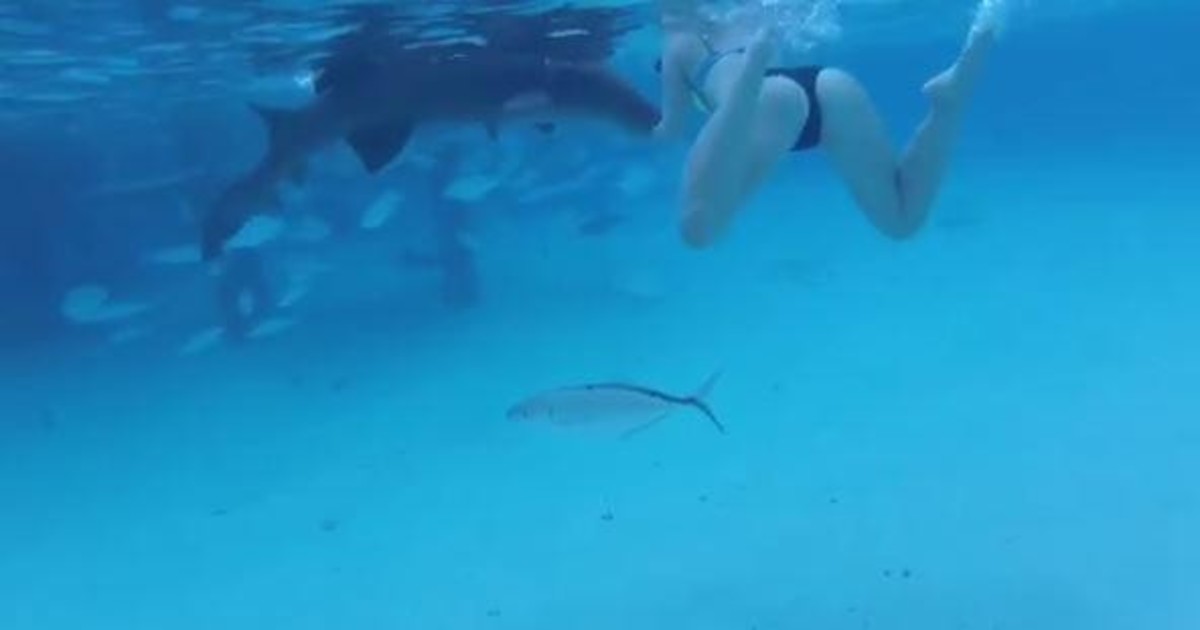 The moment of the incident hit the camera when the newlyweds decided to make a beautiful video during the honeymoon on the coast of the Caribbean Sea.

Evan Carroll was underwater shooting with the participation of his wife Sarah, who sailed among the exotic fish in the Caribbean Sea. Suddenly, a large moustached shark-nurse appeared on the girl’s path and grabbed her hand. Sharp movement Sarah managed to escape from the mouth of a predator and quickly swim away.

“I felt something squeeze my hand, and it seemed to me that this man was playing tricks on me.” But a second later I realized that I was hurt, and looked in the direction where my glasses were limiting lateral vision. shark clung to my hand, “- Sarah Illig.

Fortunately, the shark did not continue to pursue its prey and swam away.