In China a woman killed a tiger 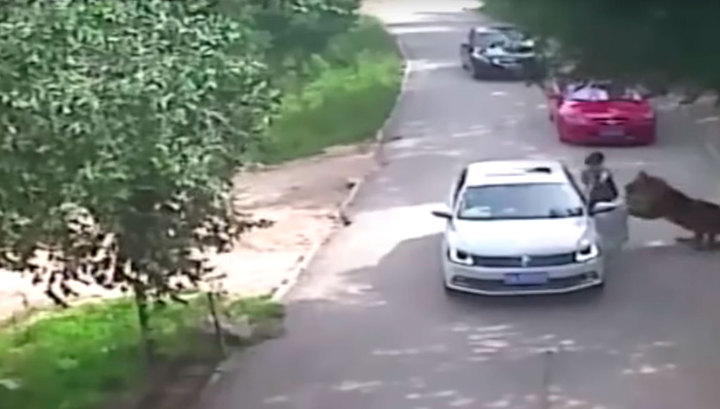 In China a woman killed a tiger, when she broke the safety rules and got out of the car in the Safari Park. The incident occurred in the Park Badaling. Arrived at the Park staff did not have time to help her.

The footage shows how the woman out of the white car, walked around the car and approached the driver from the other side. At this point, it grabbed the tiger, appeared from the forest. The man, who was driving, ran after them, trying to help the woman. Seconds later the car pulled up officials of the Safari Park. However, tragedy was avoided.