While flying in a passenger plane found the snake 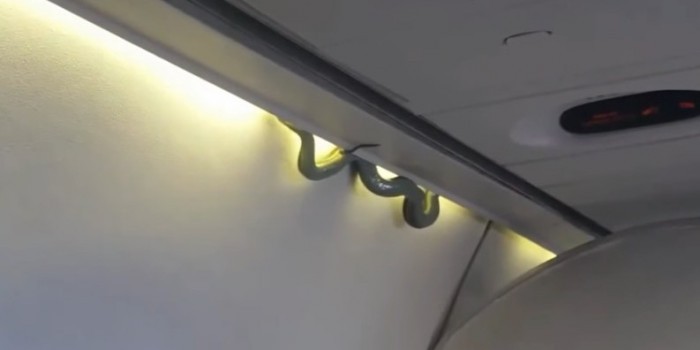 In the plane of Mexican airlines Aeromexico climbed up the snake and hung on in the overhead bin. The incident occurred in the air, when the plane was flying from Torreon to Mexico city.

According to experts, the snake slipped into the cabin from the Luggage compartment that was located above the seats. The appearance of reptiles did not cause much panic among the passengers. They even managed in the end to catch the reptile with the help of blankets.

During the incident none of the passengers was hurt, and the snake after landing was transferred to workers of veterinary control. Representatives of the airline Aeromexico has promised to figure out how the snake managed to get into the plane.