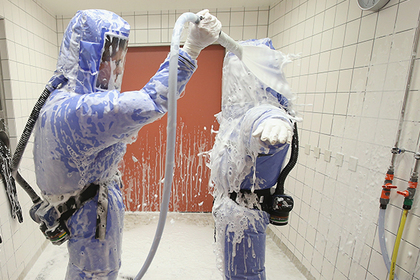 The police of the American city of Atlanta are looking for a staff member of the Center for Disease Control and Prevention, which was missing about two weeks ago.

According to police, 35-year-old Timothy Jerrell Cunningham last appeared on public on February 12. On that day he called the local hospital, because he felt unwell. The family of the missing found in his house a car, keys, credit cards, a purse and a phone and a dog that belonged to a man.

The sister of the missing American noted that “she feels like the heroine of the horrible episode of the series” The Black Mirror. ” The police offer a reward of $ 10,000 for any information about Cunningham.

Cunningham was a participant in the response group during the outbreaks of Ebola and Zeke’s deadly viruses. Users of Reddit’s imageboard have already launched a dispute in which they suggested that working with deadly viruses and the mysterious malaise of an employee are connected. There is no official confirmation of this information.