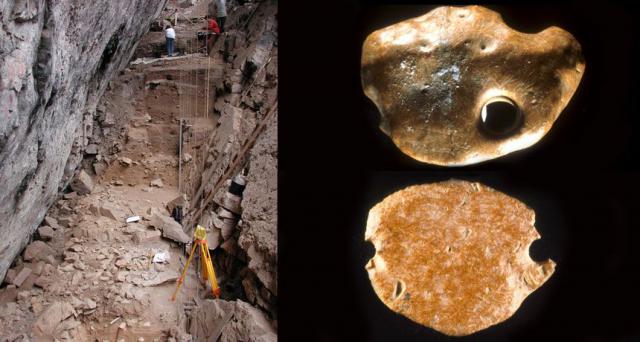 Excavations conducted in the rock grotto in Brazil suggest that people lived in South America more than 20 thousand years ago, hunting giant sloths.

During the study, archaeologists discovered several bones of these animals, which may have been used as ornaments. In these objects there were holes and artificially made incisions.

The age of the found artifacts, according to scientists, is 23120 years. The discovery testifies to the hypothesis that people reached South America long before the Clovis hunters, who conquered North America about 13 thousand years ago.

Excavations were conducted in the grotto of Santa Elina in the wooded eastern part of Brazil. Researchers suggested that the first inhabitants of South America arrived on the continent, having overcome 2 thousand km by canoe, or came here from the north from the territory of North America.

Excavations in the grotto of Santa Elina have been in progress since 1984. The discovered remains of sloths belong to the genus Glossotherium. These animals had small bone plates near the upper covers. These plates and were used by people to make jewelry. Traces of fireplace were also found in the layers.