250 million years ago, mass extinction was associated with the ozone layer 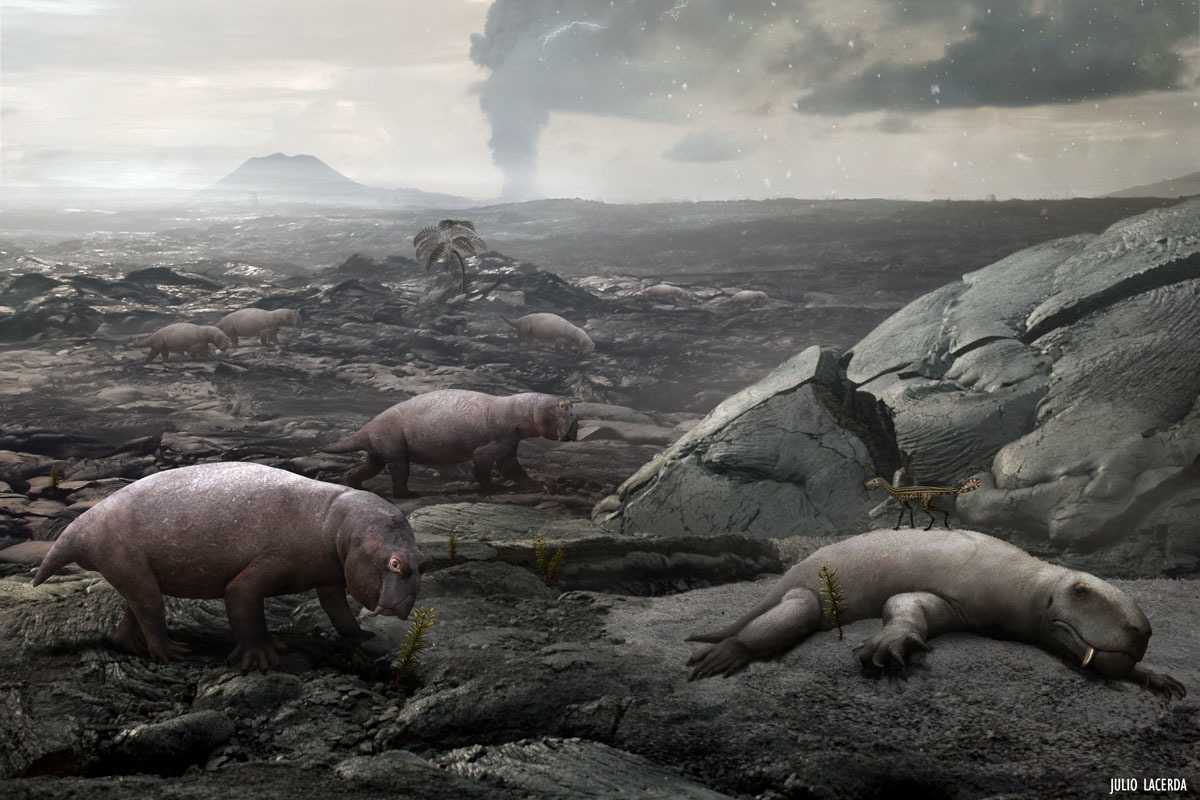 Recovery after the greatest extinction of the biosphere took as much as 500 thousand years – and the cause of this was the effect of solar radiation on plant seeds.

Mass Permian extinction is considered the largest in the history of the Earth: then, about 250 million years ago, more than 95 percent of marine animals and 75 percent of vertebrate sushi disappeared. The key culprit of the catastrophe is the long and powerful outpouring of the Siberian trap, covering lava with millions of square kilometers. The large-scale release of volcanic gases led to drastic changes in climate and the death of the biosphere. It took more than half a million years to recover from the disaster, and the cause was found in the ozone layer.

Scientists from the University of California at Berkeley showed that the weakening of the ozone layer caused by volcanic activity led to the fact that the solar ultraviolet literally sterilized the surface of the Earth after the disaster. This effect for a long time reduced the ability of plants to give offspring, which ultimately delayed the restoration of the biosphere. This Jeffrey Benca (Jeffrey Benca) with co-authors wrote in an article published by the journal Science Advances.

Biologists experimented with pine plants, which are relatively close to the ancient gymnosperms that dominated the planet before and after the Permian extinction. Small trees with a height of no more than 49 cm for two months were grown under UV radiation, the intensity of which is more than ten times normal for a bright sunny day. It did not cause rapid plant death, but led to the disruption of the fine processes that control the formation of pollen, and then the seeds. Wrong, deformed bumps perished several days after formation, and the tree became sterile.

Scientists note that these changes were not permanent, and when returning to normal UV light intensity, trees gradually restored normal fertility. However, in the era of extinction against the background of the mass death of adult plants, their inability to leave new generations of seeds led to a reduction in forest cover and, obviously, sharply exacerbated the catastrophe.

Normal and deformed seeds: at the top – from ancient samples, at the bottom – obtained in the experiment / © Benca et al., 2018

The hypothesis is also confirmed by paleontological finds. The fossil seeds of plants belonging to the extinction period show similar growth disturbances. “If you globally and regularly become a disturbance to the reproduction of plant groups that dominate the planet, you are destabilizing the trophic chains and the ecosystem food base itself,” says Jeffrey Benca.

Horror. And the worst thing is that this scenario is very probably to be. Those who control the Sun are going to change their “magnetic shell”, and along with it will change and the magnetic poles on the planet Earth. In my opinion, one should mention the experience of the priests from ancient Egypt and the Druid who could speak with the “Gods in the Sun”, otherwise people would not will be able to stop the process.