300 000 years ago Australia was almost flooded 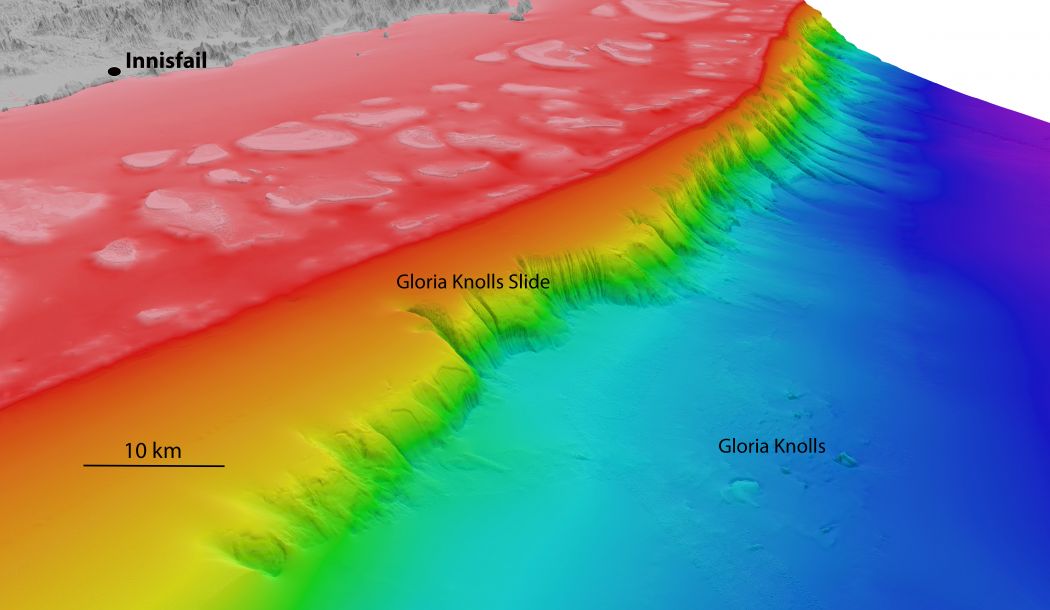 About 300 000 years ago, the ridge near the Great Barrier reef in Australia were destroyed, which caused a massive underwater avalanche. According to a new study that followed the landslide scattered debris for dozens of kilometers, which caused an unprecedented tsunami.

The remains of an ancient landslide, known as the Gloria Knolls Slide, was discovered 75 km from the North coast of Queensland near the Great Barrier reef. The team, led by geologist Robin Beaman from James cook University, made this discovery, after computer analysis of the 3D model depicting the wreckage of ancient reefs.

The study, published in the journal Marine Geology, talks about a large area covered shamimi and humps and other debris scattered throughout the territory of 30 km from the source of the decay. When a barrier wall collapsed, then threw it into the water 32 cubic kilometers of rocks, scattered at a depth of 1350 meters. It is approximately 30 times greater than the famous rock Uluru, or Ayers Rock. After a detailed study of the area, scientists restored a picture of events using 3D models.

The sudden collapse of the rock mass released enough potential energy to cause a tsunami wave with a height of 27 meters, but a huge mass of water is significantly slowed the corals, so that the continent has come nowhere near that powerful cataclysm. “The great barrier reef acts as a giant porous breakwater,” said Beaman in an interview with the BBC. Looking to the future, the researchers wonder whether there is a risk of another such incident and threats to Queensland?

In the study, researchers took samples of sedimentary rocks at a depth of 1170 metres. Analysis of the samples confirmed the presence of the living and fossil corals, soft goronovich and bamboo corals, and mollusks. The oldest fossilized coral there are approximately 302 000 years, so that the landslide could not occur before this time.