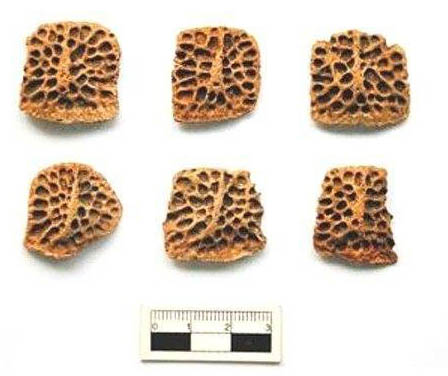 Twelve bony plates of the dorsal armor of crocodiles were found by archaeologists during excavations in Hassine, which in ancient times was the capital of the Western Zhou dynasty (1064 – 751 BC). This was reported by the Institute of archaeology of Shaanxi province.

Says archaeologist Yue Lanessan, Nakhodka allows to draw conclusions about the natural conditions of antiquity. Modern Chinese alligators (Alligator sinensis) are found to the South of Shaanxi province, where has a humid subtropical climate. Apparently, in the Western Zhou era around Gaizina was quite extensive swamps and lakes, where they could live alligators.

In the town of bony plates of crocodiles was, apparently, not accidental. Scientists say that in this era the Chinese alligator leather was used to make drums for “toga”. Earlier, one such drum covered with skin of a crocodile, were found by archaeologists.
In addition to the bony plates, archaeologists found in Hassine pottery, stone and bronze tools, ten graves, two pottery kilns and four wells