5 of the most eerie invasions of insects in history 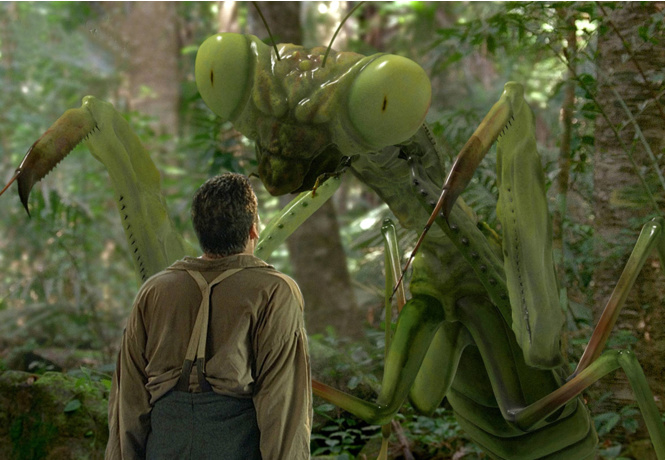 Termite apocalypse, locust revolt and other cases when insects were getting out of control.

Invasion of the gypsy moth 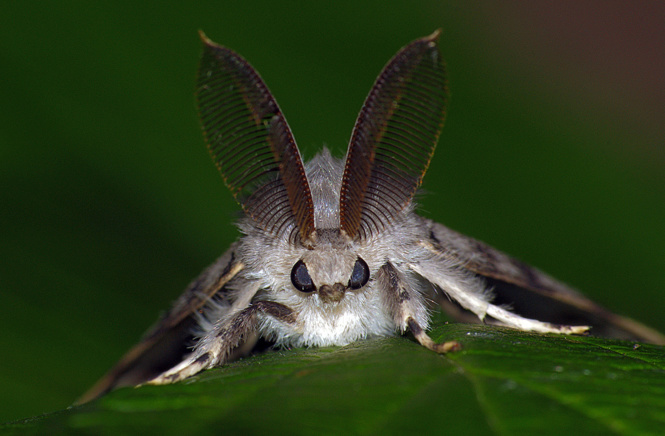 In 1869, in the American town of Medford, Massachusetts, enthusiast-entomologist Etienne Trouvelot worked on the breeding of a silkworm resistant to diseases and lost a pair of butterflies. Further events developed in full accordance with the canons of the genre. Butterflies not only survived, but also monstrously bred in the wild.

After 20 years their numbers exceeded all conceivable limits. Having devastated the forests within a radius of 360 square miles around Medford, the caterpillars rushed to the city gardens. However, this resource also dried up quickly. In search of food, millions of larvae penetrated into the houses. You can imagine the horror of the townspeople who found parasites in their beds, products, clothes and bathrooms. The sidewalks and houses were covered with a continuous layer of larvae, which produced a foul smell.

Life in the city stopped. Each of his residents was involved in the fight against the silkworm. Caterpillars were watered with kerosene and burned, raking in huge pits. A few weeks later the enemy was defeated, but not broken. Until now, unpaired silkworm – the main pest of deciduous trees in the eastern part of the United States. 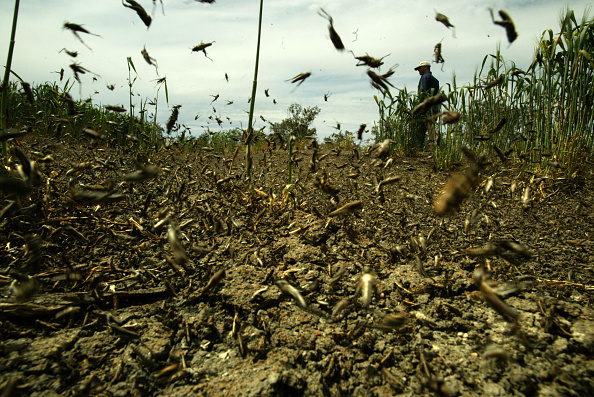 The invasion of the locusts in North America is not surprising, but the events of 1874 terrified even those who have seen entomologists. On a July morning, Kansas covered a gigantic swarm of hungry Melanoplus spretus (another name is the locust of the Rockies).

A few days later, Kansas was not recognized. There was not a single piece of greenery left in the whole state. Gluttonous grasshoppers ate everything, including sheep’s wool, horse harnesses, paint on wagons and fences. One resident of Kansas recalled: “I was wearing a white dress in a green strip. Before I had time to do something, the grasshoppers ate all the green stripes! ”

The bonfires did not save: the locusts extinguished the flames simply by their mass. Farmers began to invent homemade means of fighting parasites. It was the flowering of agricultural engineering at home. For example, one of the inventions worked on the principle of a vacuum cleaner: insects sucked into a small metal box where they died. Many farm families have replenished the grasshoppers with a diet – they claimed that the locust fried in oil has a tolerated nutty taste.

And yet, despite all the efforts, it was an uncontrollable force that condemned the entire state to starvation. The total damage from the pack was $ 200 million. Specialists asserted that the reason for the spike in the population of mountain locusts in this year was unusually arid spring and summer. Farmers feared that history may repeat itself when the trillions of larvae laid waste by swarming. But the local residents were lucky: all the larvae died in the following year because of late frosts.

In April 1902, the volcano Mont-Pele, located near the town of Saint-Pierre, on the island of Martinique, began to wake up after a long sleep. As is usually the case with volcanoes, the awakening was accompanied by earthquakes, ash and sulfur dioxide emissions. Escaping from the excruciating heat, giant centipedes, ants and other arthropods rushed from the volcano soil to Saint-Pierre and the surrounding area.

Millions of yellow ants attacked the plantations of sugar cane, displacing workers. One of the local landowners fled from their own farm, frightened by a huge number of insects. Further more. After the insects thousands of venomous snakes descended, from which people and domestic animals died. These nasty events were called by the natives “biblical plague.” 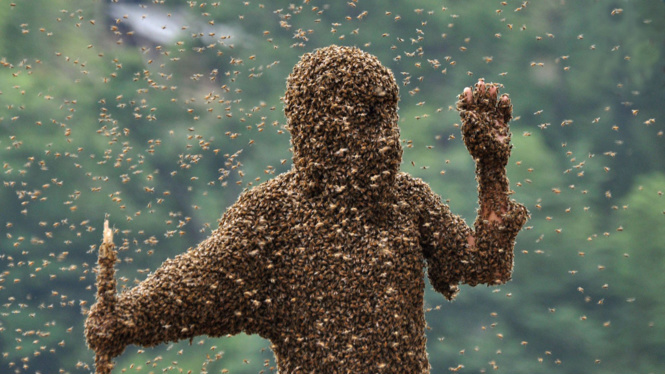 Africanized bees, like the unpaired silkworm, were born during the experiments of entomologists. In the 50s of the XX century, the Brazilian scientist Warwick Kerr worked on creating a honey-bearing species of bees. As a result, super bees really did manage to produce honey, but they were very aggressive and defended the hive better than if the ninja squad did it. And again nature laughed at the man: somehow the hybrids got out of the laboratory hive.

In 1967, hordes of killer bees attacked houses in the bay of Rio de Janeiro. Arriving rescuers tried to drive them away with flamethrowers, but without success. Roy was incredibly mobile, the death of his fellow tribesmen did not bother the enraged bees, and they continued to attack. From bites killed 150 people and more than two hundred animals.

This was the first, but not the last, attack of Africanized bees on humans. In 2013, an American farmer mowed the pasture of his neighbor and disturbed a swarm of 40,000 individuals. The man received about 3 thousand bites and died. In total, in the history of the existence of bee-killers, there are over two hundred human victims, not counting several thousand victims. 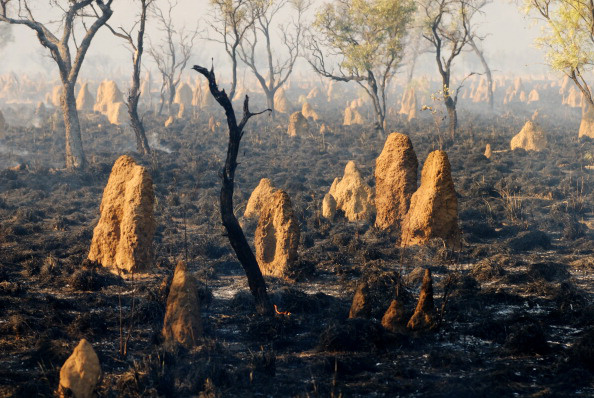 The explanatory memorandum of 1809, belonging to the French general Philippe Leclerca, says that the French Antilles were not able to repel the British army due to the fact that the ammunition depots were devastated by termites.

But the termites are not unified by warehouses. In 1840, the Brazilian termites Eutermes tenuis were brought to the capital of the island of Saint Helena, the city of Jamestown, on a small ship with felled masts. Ubiquitous and prolific, they immediately set to work. In the shortest time, almost half of the city was destroyed. Eaten from the inside of buildings literally collapsed before our eyes. Historians say it was like the aftermath of an earthquake. Half of the city had to be rebuilt.

Residents of tropical countries to this day suffer from the devastating activities of heat-loving saboteurs. For example, in 2011 in the Indian city of Lucknow, termites ate 10 million rupees, which were stored in a safe deposit box.