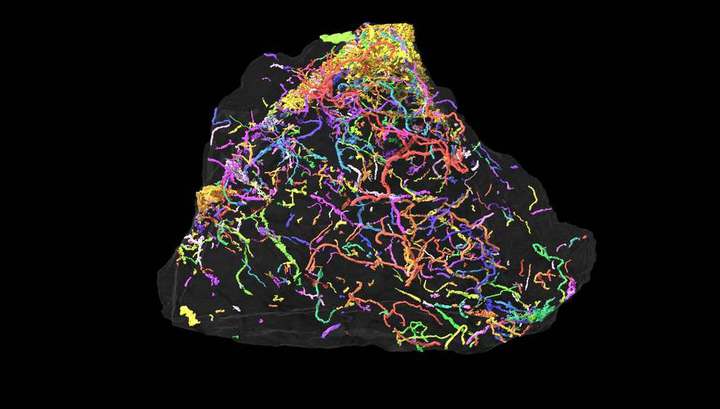 The international team of paleontologists, led by scientists from the University of Manchester, discovered fossils of more than half a billion years old. These traces of life, probably the first or one of the first complex living organisms on our planet will help shed light on the evolutionary history of life, the researchers are sure.

Unfortunately, the find is not the physical remains of living organisms. These are traces of their activity – burrows made in sedimentary rocks. The discovery was made in the western part of Brazil.

The diameter of holes is between 50 and 600 micrometers, which means that the creatures that made them were slightly thicker than the human hair.

“Especially exciting is the age of the rocks: fossils are likely to witness the most ancient complex forms of life,” says the author of the study Russell Garwood.

The fossils found belong to the geological and evolutionary period at the junction of the Ediacar (635-542 million years ago) and the Cambrian (541-485 million years ago). This transition period is extremely important in the history of the evolution of life.

“Evolutionary events during the transition from the Ediacar to the Cambrian have no analogues in the history of the Earth.The current fossil record indicates that many forms of life known today have appeared in a very short time,” Garwood explains.

In his opinion, burrows found in rocks were created by organisms resembling nematodes (roundworms). When moving between layers of rocks, they left behind tiny tunnels.

These tunnels have symmetrical grooves, indicating that the ancient worms did not use peristalsis (contraction and elongation of the body) for movement. Most likely, they moved wave-like, as if swinging their bodies from side to side, to “swim” through the rock, like a liquid, says co-author Luke Parry (Luke Parry) of Bristol University. 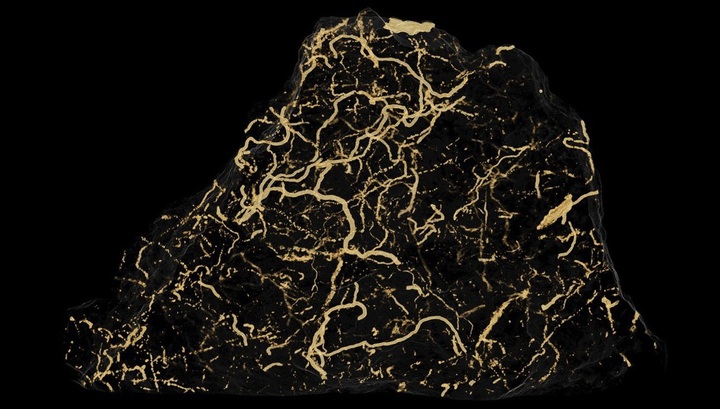 “Our fossils show that complex living organisms, already able to control their muscular activity, existed on the planet about 550 million years ago, perhaps earlier their tracks were not noticed because of tiny dimensions,” adds Perry.

According to him, we are talking about bilateria (bilateral-symmetrical organisms). This taxon includes all true multicellular animals with the exception of coelenterates.

“All these animals are more closely related to humans than to protozoans, most of the fossils of bilaterals are younger, they first appear in the Cambrian period,” Perry notes. Thus, the find can be considered the earliest example of the presence of bilateria on Earth. Of course, until there are even more ancient fossils.

By the way, to detect such microscopic traces, the team used X-ray microtomography. X-rays helped create a virtual 3D model without destroying the object under investigation.

Scientific article on the results of the study is published in the publication Nature Ecology & Evolution.

Recall that earlier scientists doubted that life on Earth was born in the ocean. Meanwhile, the earliest evidence of life on our planet was found in Canada and Greenland. True, both findings are younger than the Brazilian one.