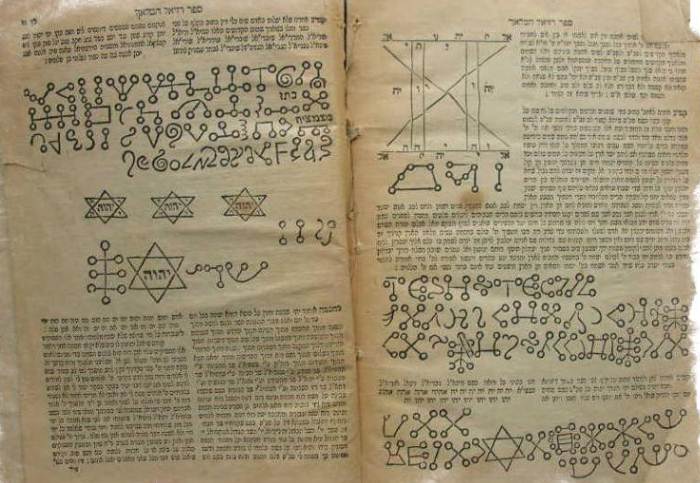 Legends and historical documents of the ancient peoples mention the mysterious Lesser Keys of Solomon, which are magical books of the biblical king. They contain secret knowledge about the forms of being and were not subject to criticism from scientists of different ages.

Many religious figures did not deny the existence of grimoires, and they were used for their purposes by alchemists and masters of magic. For the first time, people became interested in manuscripts in the 15th century, when the church began to lose its dominance over the minds, giving way to the reign of the Renaissance. Nostradamus, along with Papus, Count Saint-Germain and other famous persons, often referred to them during their experiments, because, in the Keys, knowledge was gathered about other worlds besides our planet with detailed descriptions of the creatures and rituals of their appeals. Such skills could give insiders full power in life, and also allowed to solve problems related to science or other kinds of human activity. The hero of our history was a wise and far-sighted politician who lived on the Earth, and also had a righteousness. God decided to reward his chosen one, in this way, after which the king could conquer the most terrible demons and summon any angels from heaven to help in order to ensure peace and prosperity for the people.

Some researchers were convinced that the books were used to expel Satan, but this does not correspond to the truth. The rituals described in these sources pay great attention to the forces used for personal purposes, and they are based on the traditions of Judaism and Christianity. In the texts, all spells are written in the form of prayers, and the restraint of evil forces passes through the pronunciation of the names of God. Modern priests negatively regard the ancient texts, but they were written during the Old Testament period, when strict prohibitions did not exist, and the use of demons for good purposes was even welcomed. The power of Solomon, hidden in the pages of the manuscripts, was so huge that it could seal in the vessel all the evil beings along with their servants. Scientists have confirmed the identity of the contents of manuscripts found in medieval countries with analogues of Israelis and ancient sources, but only conduct discussions about the authors of this masterpiece. Many manuscripts that existed before the 12th century disappeared without a trace, and therefore many experts suggest that they were created by alchemists in later times after personal research.

Despite disagreements, occultists have confirmed the effectiveness of the materials, as well as occult literature published in our time, is based on these principles. In addition, the Lesser Key of Solomon was recognized as the safest labor for experiments, because it has many protective methods during rituals. His original sources have not yet been found, so that only thanks to the four manuscripts the researchers succeeded in recreating the book in full in the 19th century. Five parts apart from describing the different creatures of different worlds give an opportunity to consider ways of using their forces in the interests of people. Goetia tells about the most important ministers of Hell, having their ranks and activities. On the basis of knowledge of the 72 demons, a whole science has arisen dedicated to this direction, but techniques, taking into account the fulfillment of all rules, can not harm magicians thanks to Seals that weaken the opponent’s capabilities. Some spells are difficult to perform due to long training and rare tools. With the help of the ring, the king was able to imprison the hellish servants in a vessel and bury him on the bottom of the lake, but the priests from Babylon released them to freedom, but then collected the remains of Solomon’s defense and made small analogs in the number of hellish servants to have authority over them. 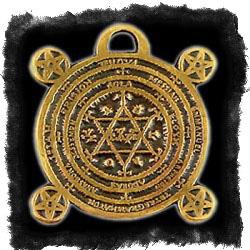 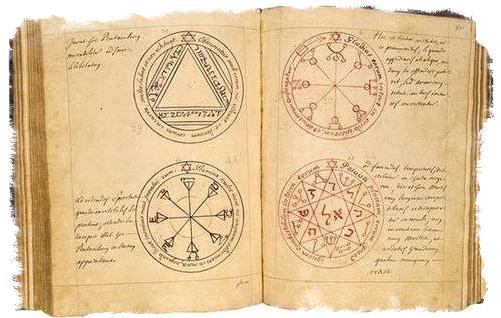 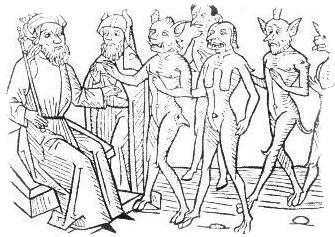 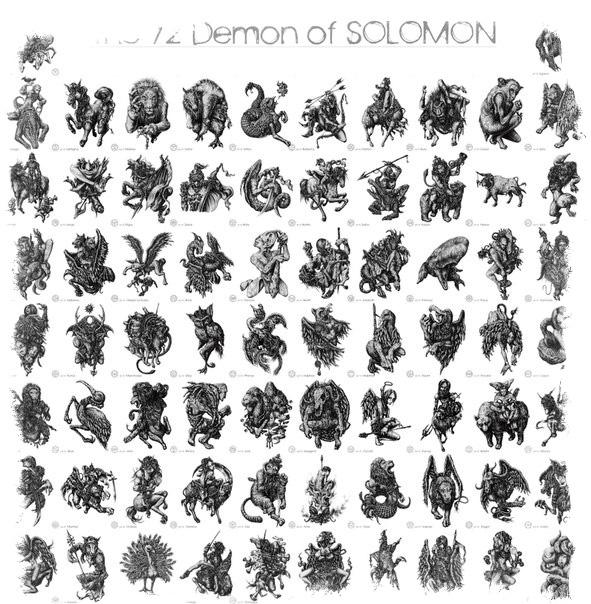 Theurgy Goetia is less known among the lovers of the occult, because she describes spirits of different nature. They have less capabilities than their negative brethren, and also the kind nature of most invisible creatures in general allows not using protective equipment. This part was especially popular in the Middle Ages and was punished less by the church, pursuing the amateurs of witchcraft. Experts found in the documents a link with the Greeks, who respect the patrons of the elements. Ars Paulina describes the revelations of the apostle Paul, who saw heavenly spheres and their inhabitants. Paracelsus used it to work with the signs of the Zodiac thanks to descriptions of day and night angels, also responsible for the seasons. Particular attention is paid to geniuses, revealing human talents and patronizing the highest goals and achievements. Such a doctrine can be found in many religious directions, which only confirms the authenticity of ancient sources.

Ars Almadel is dedicated to the Arab magician, who lived in times of the hero of our history. He presented the ruler with a magic instrument in the form of a square with divine and angelic names. Thanks to this subject you can influence the reality in four worlds and achieve a specific goal faster, but the difficulty lies in the correct creation of the plate and the long preparation before the rituals. Ars Notaria was a separate book dedicated to contacts with God and the proper direction of his requests. It was never considered a legacy of heretics, because all the blessings that came to man were sent by his Creator. Supporters of magic consider it useless, denying such opportunities, but many kings and popes successfully ruled the country after using this knowledge.