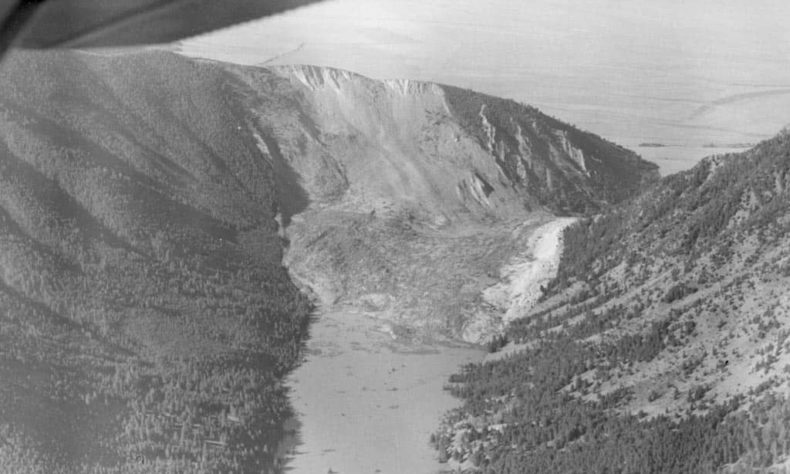 Numerous visitors to the park received injuries and psychological stress after experiencing in 1959, 28 people died when a powerful earthquake of magnitude 7.5 occurred in Madison Canyon, in the western part of Yellowstone National Park.

The Yellowstone Caldera, hidden under the United States National Park, is widely known as a super volcano because of its ability to cause damage globally. Located below the states of Wyoming, Montana, and Idaho, the massive volcano is constantly monitored by the US Geological Survey (USGS) for signs of a possible eruption.

Although most of these phenomena are not close to levels indicating a possible eruption, the 1959 earthquake on Lake Hebgen, which occurred on August 17, 1959, was a completely different story.

An earthquake of magnitude 7.5 led to massive damage, including 28 dead and the enormous costs of ($ 245 million) in road repair and forest restoration.

Shortly before midnight on August 17, 1959, one of the most terrible forces of nature was set free in this narrow gorge. An earthquake of magnitude 7.5 on the Richter scale shook the earth, while it was the fourth largest earthquake ever recorded in the United States. This computer animation shows the sequence of events that occurred under the cover of darkness.